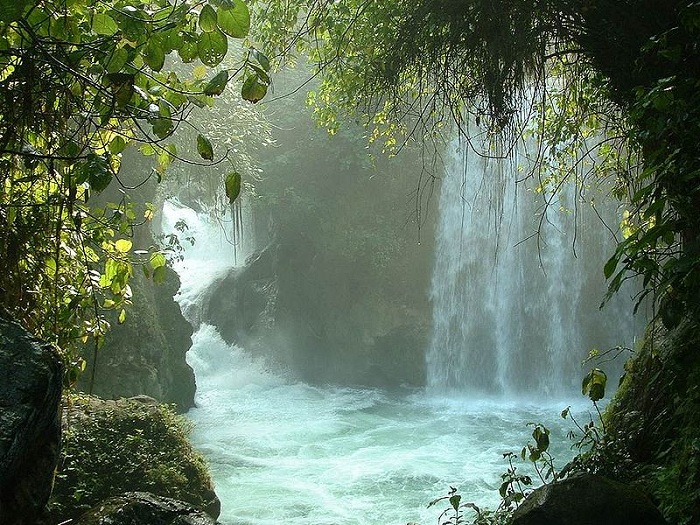 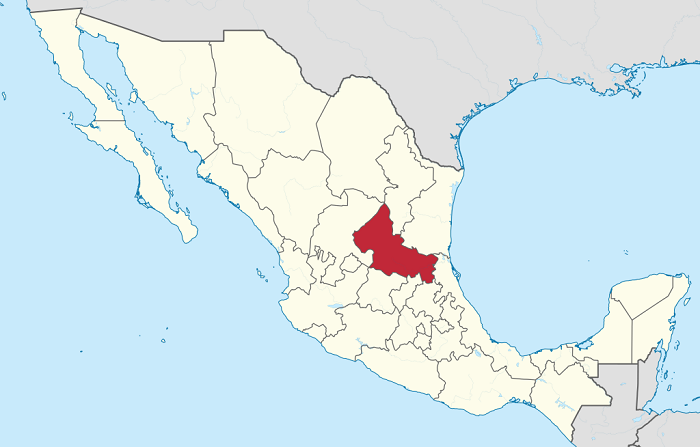 San Luis Potosí, originally known as “Valle de San Luis,” had the word Potosí (fortune) added after the Spanish discovered an abundance of gold and silver in the region. The state’s coat of arms boasts its abundance of mineral wealth with two silver and gold bars surrounding the open mouth of a mine. Beautiful ecotourism sites such as La Huasteca Potosína at the same time prove that not everything that glitters in San Luis Potosí is gold. Many breathtaking waterfalls, camping sites, spelunking caves, and whitewater rafting sites exist all throughout the state and attract tourists from around the globe. Now let’s examine why San Luis Potosí has earned its rightful place on our Numismatic Tour of Mexico.

Geographically speaking, the majority of the state sits on top of the Mexican Plateau, save the eastern portion that slopes down and borders the Tampaon River. The mean elevation is a staggering 6,000 feet, which gives San Luis Potosí a more temperate climate than the majority of northern Mexico. Rain is quite substantial throughout the state, particularly in the south, and the soil is quite fertile. Much like Zacatecas, however, there is a lack of major rivers flowing throughout the state. The Sierra Madre Oriental runs north to southeast, dividing the plateau from the coastal plains and moist forests in the east. 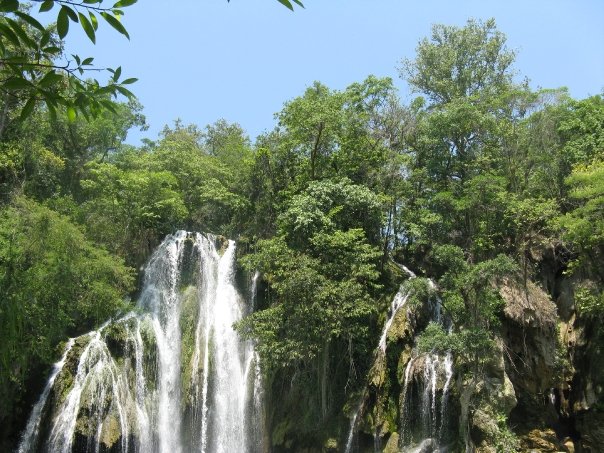 A rich diversity of flora is present in San Luis Potosí due to the high rainfall and fertile soil of the region. Agricultural favorites such as sugar, tobacco, coffee, and peppers easily thrive in the state. Pine-oak forests are common around the Sierra Madre Oriental, and moist forests run along the east. The magnificent hummingbird, one of the largest breeds of hummingbird, can be seen suckling nectar from colorful flowers all throughout San Luis Potosí. The region is also home to desert cardinals, cougars, Mexican cliff frogs, kit foxes, and golden eagles. 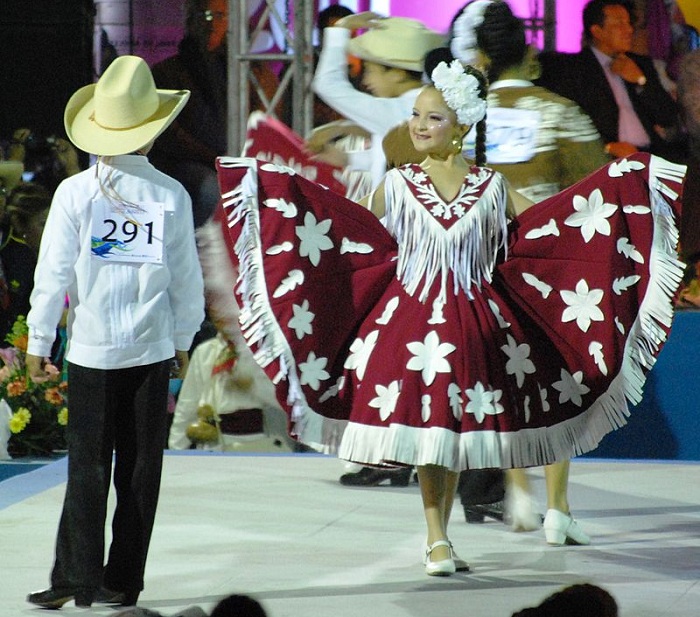 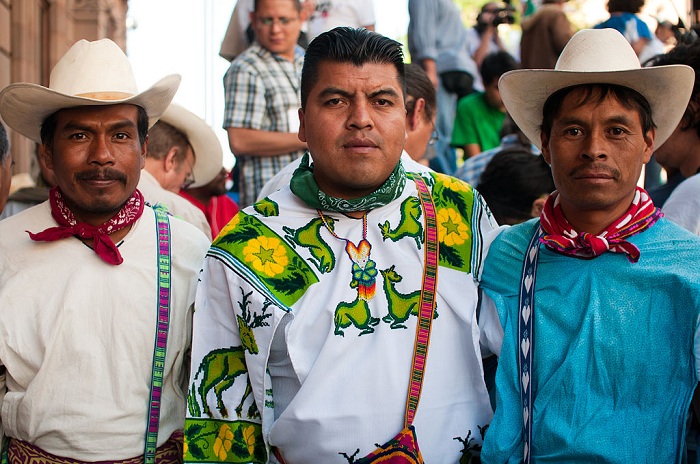 Men of Wirikuta, a site sacred to the Wixarrica Huichol Indians high in the mountains of central Mexico. (Photo by Eneas de Troya.)

The Chichimecas, Huastecos, and Guachichile groups are believed to have been the original settlers of San Luis Potosí as early as 12,000 years ago. While the Chichimecas became dominant eventually, they were conquered by Hernán Cortés when he made landfall in 1522.

Conflict descended upon San Luis Potosí for centuries following the discovery of gold and silver in the 16th century. When the French invaded Mexico in the 1800s, the seat of government in Mexico was temporarily moved to San Luis Potosí for the protection of the president. Eventually the state stabilized after the Mexican Revolution, becoming renowned for its strength in manufacturing and agriculture. 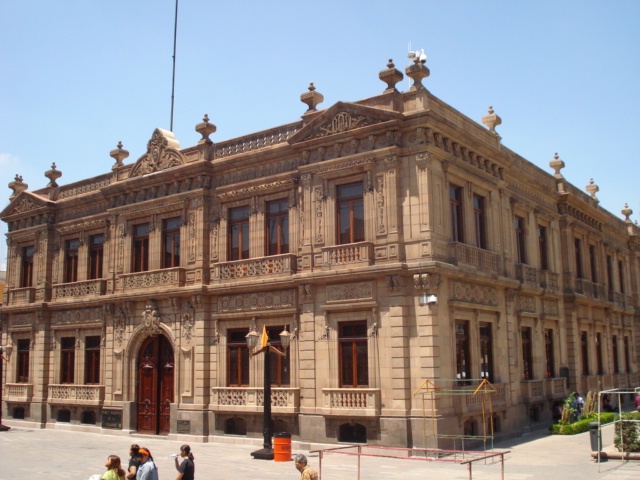 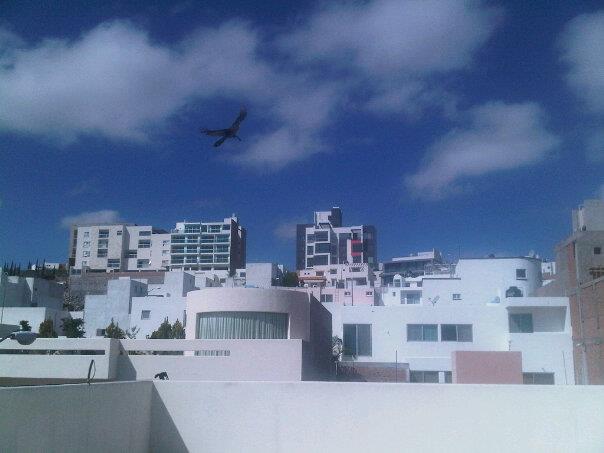 San Luis Potosí has an incredibly young population, with 60% of its inhabitants being under 30 years of age. A relatively large percentage of the population is indigenous at 11%, with a considerable number of Spanish and Italian immigrants or descendants of immigrants. Most of these immigrants come from nearby Veracruz.

A favorite tourist destination is the town of Santa Maria del Rio due to its magnificent spas, thermal baths, and scenic waterfalls. While its silver mines were quite profitable in their early days, they are no longer as big a staple in the state’s economy as they used to be. 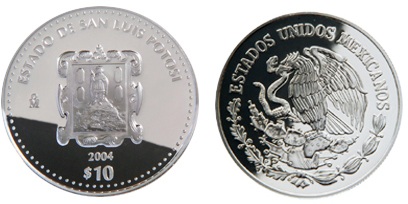 A 40-millimeter silver coin of 2004 bears the coat of arms of San Luis Potosí on the reverse and the Mexican national shield on the obverse. It has a face value of 100 pesos and proudly displays the state’s history in possessing valuable minerals. It was once believed by many Spanish that there was enough gold in San Luis Potosí to build a bridge made completely of the valuable metal all the way back to Spain.

More coinage and numismatic detail is covered in the Whitman Encyclopedia of Mexican Money, volume 2, and you will find a wealth of information on the coins and tokens of early Mexico (from Carlos and Johanna to Republic decimal coinage) in volume 3, slated for release this summer. For now we continue our journey to our 12th destination in the Numismatic Tour of Mexico: Nayarit.