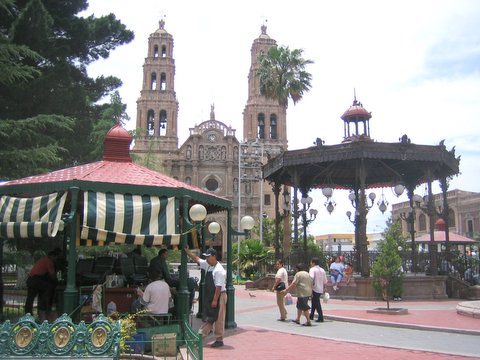 Despite being immediately associated with the petite dog breed, Chihuahua is actually Mexico’s largest state, possessing a greater total landmass than the combined British Isles. It is also, by a rather wide margin, Mexico’s wealthiest state due to its profitable livestock and mining industries. For the curious, Chihuahua boasts a rich amount of history as well, being one of Mexico’s earlier states to be admitted to the Federation. Chihuahua’s nickname, El Estado Grande, is appropriate given its large size, industrial prowess, and age. Join us as we make our third stop on our numismatic tour of Mexico. 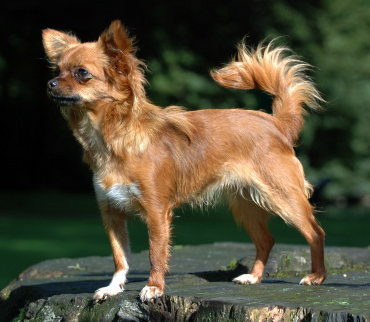 Chihuahua is the first state of Mexico we are exploring that is surrounded by land on all sides, with the northern border touching Texas and New Mexico, the state of Sonora to the west, Durango to the south, and Coahuila to the east. Though not as well-known as the Grand Canyon, Chihuahua is home to Copper Canyon, which is far larger and more impressive overall, housing Piedra Volada Falls, the 11th-largest waterfall in the world.

Chihuahua’s geography primarily includes deserts, plains-valleys, and mountains, with an extremely varied and pronounced climate. Snowstorms are common in the forests at low and high elevations bordering the mountains, deserts can be cold at night and hot during the day, and the mixture of wet and dry seasons can provide a dizzying array of extremes for the unwary traveler. The Rio Conchos River bears the necessary fresh water throughout the state and nurtures its incredibly diverse flora and fauna. 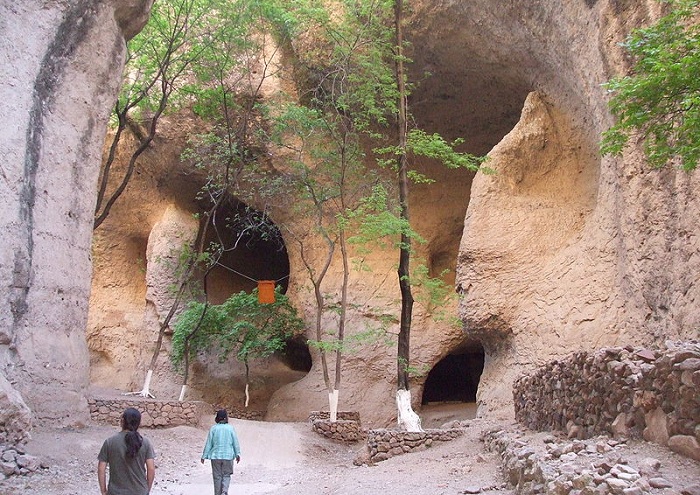 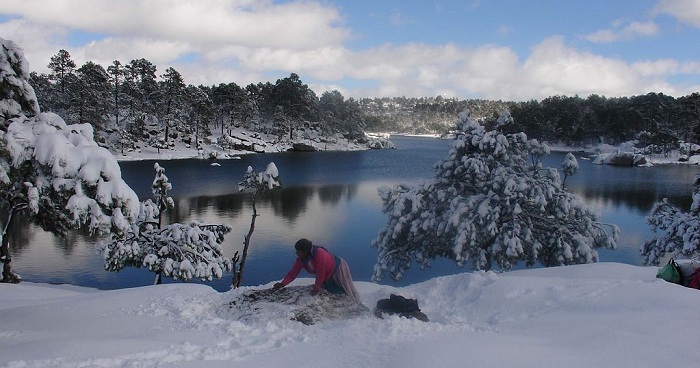 A snowy landscape at Lake Arareco, in the Tarahumara Mountains, Chihuahua. (Photo by Antonio Menenses.)

Due to the rapidly shifting microclimates and terrain of Chihuahua, the state’s plants and animals have evolved to survive in a variety of contexts. This is illustrated by the fact that Chihuahua is home to some of the most diverse selections of pine trees worldwide. The World Wide Fund for Nature claims that the Chihuahuan Desert is the most biologically diverse desert in the world, including species of agave, yucca, cacti, and gorgeous flowers.

Fauna are also impressively diverse, and common species include antelope jackrabbits, wild boars, cougars, Mexican wolves, and bison. Any avid birdwatcher’s appetite would be sated by visiting Chihuahua as well, since there are also a variety of Mexican jays, mourning doves, Montezuma quails, and greater roadrunners, among many others.

More than 200 indigenous tribes inhabited what is now known as Chihuahua when the Spanish arrived centuries ago, and many were noted for their resistance in maintaining their culture due to their pacifistic philosophies, enabling a large number to survive relatively unaltered to this day.

Mining operations commenced immediately after the Spanish discovered great reserves of silver in Chihuahua, often forcing native populations into working for them. Although Chihuahuan miners sided with royalist Spanish forces in the Mexican War of Independence, the defeat of the Spanish prompted Chihuahua to swear fealty to the new independent Mexican Federation. Chihuahua’s strategic location made it another central battleground a century later during the Mexican Revolution. It was the site of the fiercest battles fought by the Mexican revolutionary leader Francisco “Pancho” Villa. To this day, it remains one of the states most integral to both Mexico’s economy and its traditional culture. 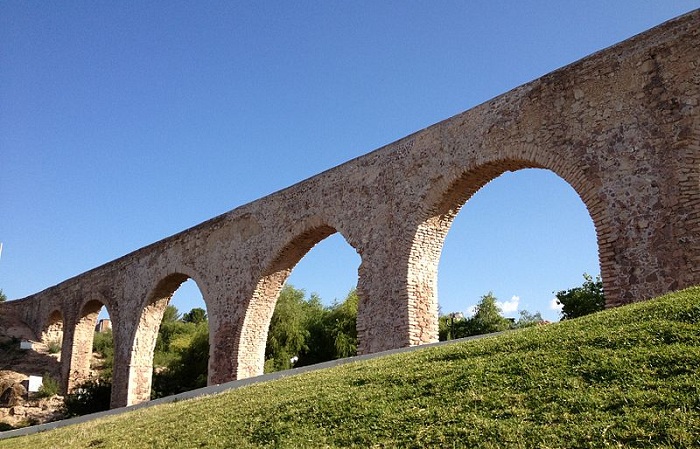 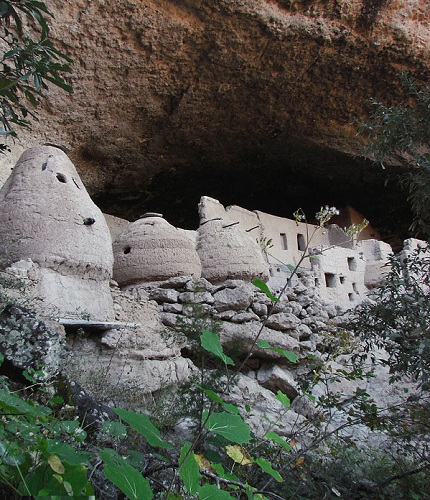 Chihuahua is still home to at least four very prominent indigenous groups that make up 12.76% of the population: the Tarahumara, the Tepehuan Del Norte, the Guarijio, and the Pima. Mestizo is the most common ethnic group with whites coming in second. While Roman Catholicism is the majority religion, Chihuahua is home to proportionally more Protestant denominations than many other Mexican states and diversity is commonplace. Chihuahua’s powerful economy is supported by vast reserves of silver and minerals along with a sustainable livestock population. In 2001, Chihuahuan miners accidentally stumbled upon some of the largest mineral crystals known to mankind, with some of the selenite crystals growing to 20 feet in length. 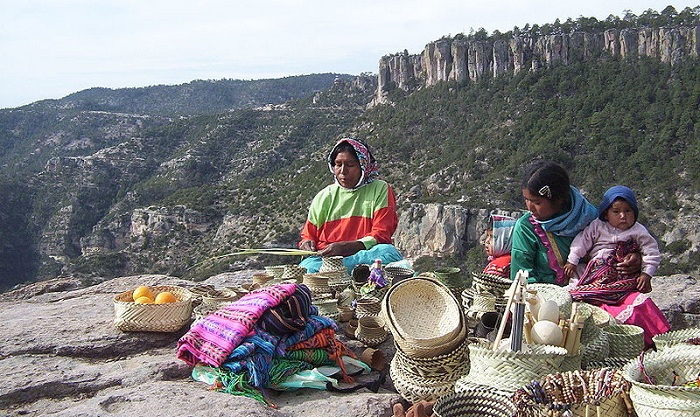 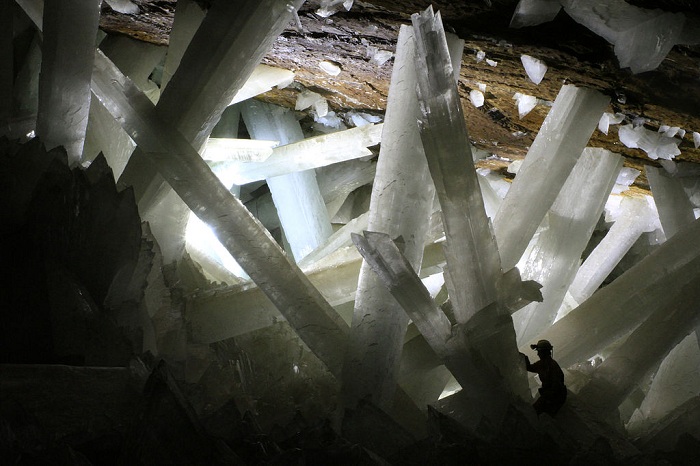 Due to Chihuahua’s age relative to other Mexican states, a wider variety of coinage can also be enjoyed for the avid collector. This 1915 copper Mexican Revolutionary coin perfectly captures the spirit of Chihuahua at the point of history in which it was manufactured. The obverse shows a revolutionary cap surrounded by what appear to be large crystals, harkening to Chihuahua’s strong economy fueled by mining. 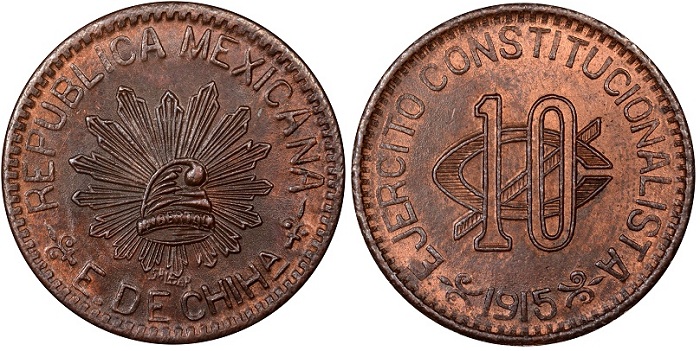 1915 10-centavos coin of Chihuahua. Coinage and tokens of the Mexican Revolution era are studied in depth in volume 4 of the Whitman Encyclopedia of Mexican Money, scheduled for publication in 2017. (Photo © Whitman Publishing, LLC. All rights reserved. )

Next on our numismatic tour, we will be journeying through Sonora, the second-largest Mexican state and one of the hottest bordering the United States.