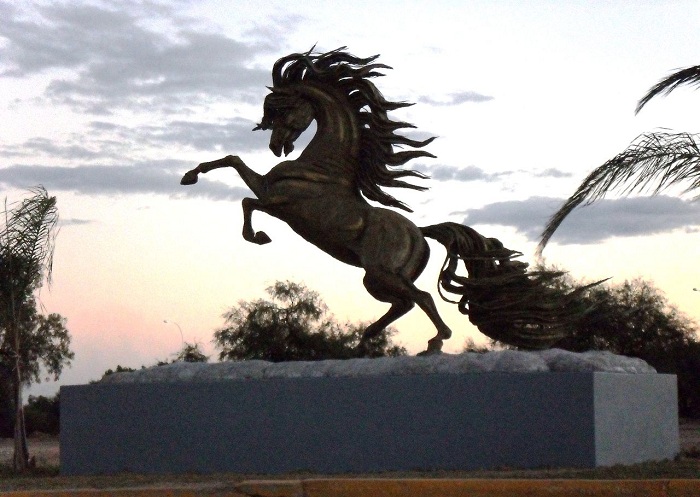 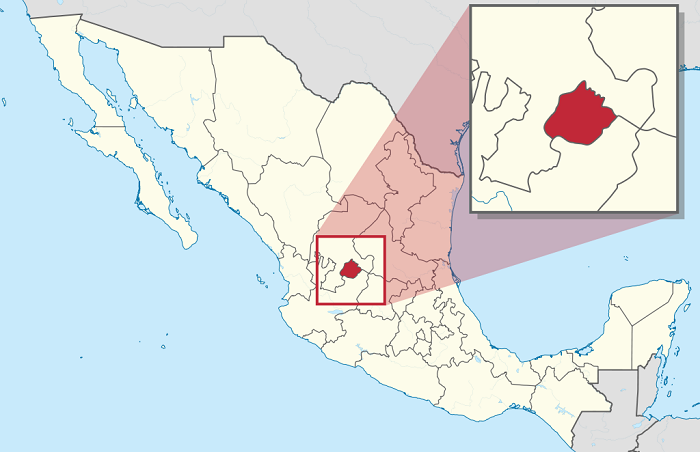 Aguascalientes is one of Mexico’s smallest states, and also one of its most densely populated. Its name means “hot waters”—appropriate, given the vast number of hot springs located throughout the state. The motto of Aguascalientes is also well deserved, as its people are regarded as some of the friendliest in all of Mexico. Due to its location in the exact center of the country, the capital of Aguascalientes is often called el corazon or “the heart” of Mexico. Let’s dive into the hot springs of the 14th destination on our numismatic tour of Mexico.

The majority of Aguascalientes possesses a semi-arid climate. It has a low average yearly rainfall of only 20 inches, with most of that coming in the summer months. The thermal springs of Ojocaliente are a major attraction for both tourists and natives. These thermal springs also are the primary source of water to the city.

The mostly semi-arid climate determines what type of flora and fauna are successful in this small state. Grasslands and forests are the most common type of vegetation in Aguascalientes, and typical trees include oak and conifers. Rattlesnakes, Moctezuma frogs, scorpions, and casquito turtles are some typical non-mammalian species. Coyotes, armadillos, kangaroo rats, bobcats, and cougars can also be seen in Aguascalientes. Around 42% of the state is devoted to agriculture, so wildlife is somewhat limited compared to other Mexican states. 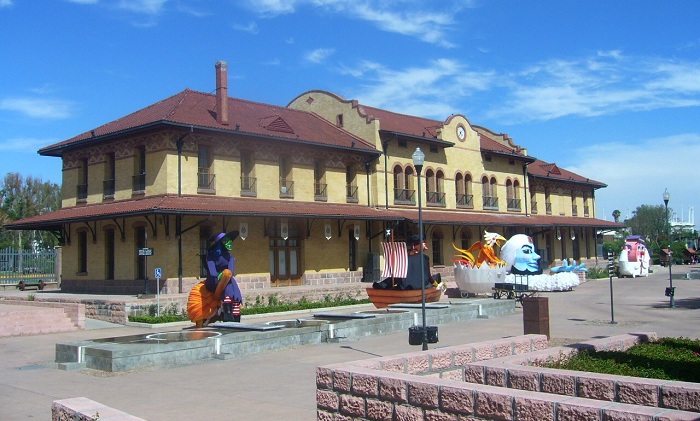 What Aguascalientes lacks in wild species, it more than makes up for in a rich culture and history. The initial indigenous groups to settle the region were the Guachichiles, Zacatecos, and Caxcanes. Between the Mixton Rebellion and Chichimeca War, Aguascalientes did not see peace between indigenous populations and Spanish settlers until the 17th century.

Compared to other Mexican states, Aguascalientes took a relatively long time to acquire statehood due to disputes with neighboring Zacatecas and Jalisco. After its statehood was cemented, however, Aguascalientes played a vital role in the Mexican Revolution. At the Convention of Aguascalientes, iconic revolutionary leaders such as Emiliano Zapata, Francisco Villa, and Venustiano Carranza met to determine the new leader of Mexico after the overthrow of Porfirio Díaz. 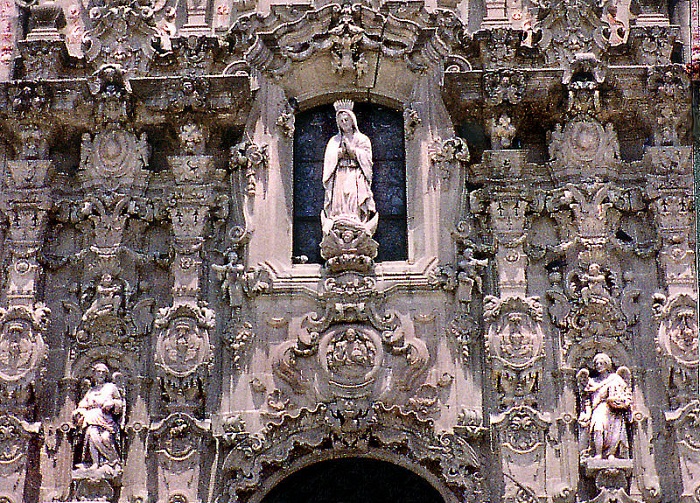 The Baroque façade of Guadalupe Church. (Photo by Mekishiko7000.) Roman Catholicism is the dominant religion in Aguascalientes, with significant Protestant and other Christian minorities. Notable dances native to the area include the dance of the railroad operators, the dance of sewing ladies, and the cockfight dance, all of which are both colorful and appropriately named when viewed in action. The Plaza de Toros in Aguascalientes is one of the oldest and most famous bull-fighting stadiums in the country. Vallodolid’s Bath is one of the best hot springs and contains an Olympic swimming pool. These are but a few reasons we have decided to stop in this small but culturally rich state on our numismatic tour.

A 2005 silver coin depicts the state coat of arms on the reverse. This shows the hot springs of Aguascalientes in addition to hot coals and a cauldron. The obverse displays the Mexican national shield, as have others in the State Confederation series of 10-peso coins, each made of .999 fine Mexican silver. Proofs (specially made strikes) were produced to the tune of 10,000 pieces.

During the Mexican Revolution, Aguascalientes was the birthplace of a considerable amount of copper coinage. This is discussed in chapter 12 of volume 1 of the Whitman Encyclopedia of Mexican Money. Authors Don and Lois Bailey write: “In 1915 General Francisco Pancho Villa ordered coins to be struck for Aguascalientes. It is reported that these coins were made from a copper railroad car used to transport molasses to a local brandy factory. This would explain the occasional coin found made of brass and copper, which would have been caused by the brazing (welding with a different metal) on some sections of the tank.” The tokens of Aguascalientes are discussed in greater detail in volume 4 of the Encyclopedia, while volume 2 covers modern coinage including various series honoring the states.

Our journey continues to the lovely Guanajuato for next time.