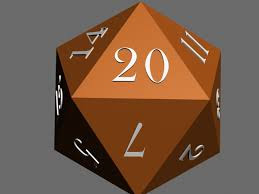 The following is a reblog of a post by regular contributor Kendall Bailey (author of TheCoinBlog), who has kindly agreed to share this article with the readers of Coin Update.

Why are there no numismatic games? I mean, aside from flipping a coin, a total classic by the way, there just aren’t any good games featuring coins. This seems like an opportunity for entrepreneurial minded collectors.

Numismatic games would give collectors a new way to interact with our hobby. Imagine if your coin club held a game night. Cool, right? I would be more tempted to join a club (there are no clubs in my area, so it’s really not an issue but I’m just saying) if there was a game night. Instead of a lecture, we could talk coins over a game.

Some Ideas for Kids

It’s a simple game that can be played with any set of images. Why not use coins? If you’re unfamiliar with Memory, it involves a deck of cards featuring images (every image has an identical “twin” in the deck). You put all the cards face down and take turns flipping two cards over. If they match, you keep the set and go again. If they do not match, you turn them face down again and it is the next person’s turn. The trick is to remember where the pairs are as cards are slowly revealed through each person’s turn.

Want to get kids involved in the hobby? Start them young with Coin Memory.

Why not make checkers that look like coins? Maybe, scaled-down Morgan dollars and St. Gaudens double eagles for the pieces. They would be made of plastic, of course, but they could easily be silver and gold colored.

Same principle as checkers, only with the variety of pieces, you could feature more coins.

Remember this one? It is the game with something like 24 different faces and each player draws a card that features one of the faces. The players take turns asking questions about the faces and use process of elimination to determine which face the other player has. No reason that couldn’t be done with coin issues.

This would be another digital offering. Remember the game Where in the World Is Carmen San Diego? No reason the same type of game couldn’t be done with coins. There could be editions for every country, for world coins, for ancients, etc.

Have you ever played Flux? It’s great! It is a card game where the rules change as players play (there are New Rule cards). There are already a variety of Flux editions, including Zombie, Pirate, Monty Python, and Batman.

In the game there are Goal cards. If you are able to accomplish the current goal with the cards you have, you win.

It’s slightly complicated to explain, so please Google it. It’s an awesome game and I’d love to see a coin collector edition.

So far these have all been spins on existing games. How about something original.

This would be an app. Every so often, say 30 minutes, Coinbucks would show up in the players “account.” These Coinbucks would be used to purchase coins in the game. The game would use actual images of coins in various grades. Once coins were purchased they could be sold or traded to other players, or sold to in-game coin dealers.

The options of coins to buy would vary as time passed. Some offers to buy would expire as new offers appeared. Rarity would be factored in with the rarest coins appearing only… well…. rarely.

It would be a game of accumulation (because they are addictive). The point being to see if you could buy the rarest coins or to see how many coins you could accumulate, OR to see how much money you can accumulate. There could be built in numismatic puzzles to solve to get larger amounts of Coinbucks, and maybe as the player “grows” as a collector (levels up) the amount of Coinbucks automatically added would increase, giving them an incentive to keep collecting, buying, selling, and trading coins.

This game idea is the reason I wrote this post. I was reading about how Dungeons and Dragons was originally self-published, and I had the thought, “Why couldn’t that same RPG style be applied to a coin-collecting game?” I was thinking, “D&D is a nerd game, numismatics is a nerd hobby, it just makes sense!” (I’m a total nerd by the way.)

I will try to keep this brief.

There would be a Market Master. As in D&D, this is the person who controls the game, sets the conditions and situations, but doesn’t actually play as a character.

The players would be able to choose from a list of characters to play, all with their own attributes, skills, etc. For instance, players could be: an Investor, a Roll Hunter, a New Collector, a Hoarder, etc.

The game would be round based, with each player interacting with the Market Master (and other players if necessary) during their turn. Once each player had had a turn, the round would be over and new round would begin. Game play would center around the roll of many-sided die. At the beginning of each round the Market Master would roll 1d20 (one 20-sided die) to determine the market conditions for the rounds. The higher the number, the better the conditions.

To begin, the coin prices would come from whatever source the players agree on. I think the Red Book is a smart choice. As the game progressed, market conditions would be cumulative. Here’s an example of how it would work:

See what I mean? Of course, the Market Master has control over the market, so if, for instance, the MM rolled six 20’s in a row in six consecutive rounds, they have the option of creating some sort of negative market condition that brings prices back down. It would be at the Market Master’s discretion.

Obviously, there is a ton more to say, but I don’t want to drone on. If anyone is interested in this type of game, please let me know. I think it would make an interesting project.   ❑