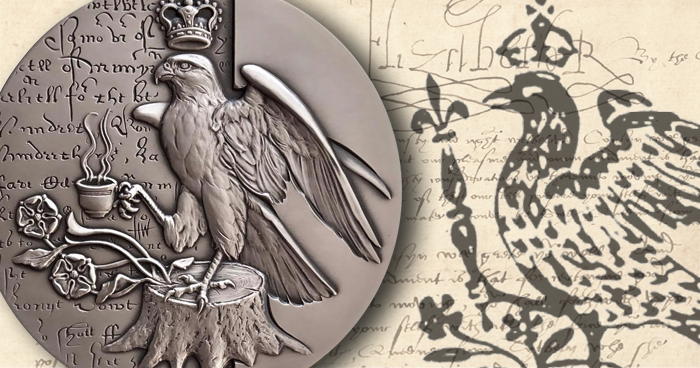 Medallic artist and CCAC member Heidi Wastweet has completed a new work for Yale University’s Elizabethan Club. The medal, to be given in recognition of extraordinary service to the club, is not available for purchase—which is unfortunate, because it is truly delightful. 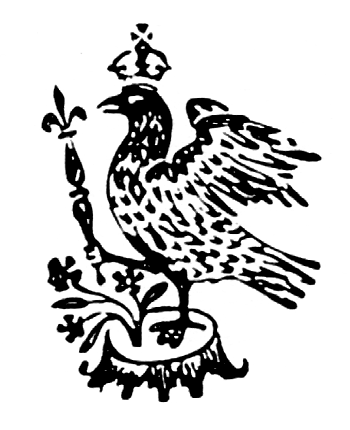 Emblem of the Elizabethan Club.

Founded in 1911, the Elizabethan Club (affectionately called “the Lizzie”) is dedicated to “the appreciation of literature and the arts and of the social intercourse founded upon such appreciation.” Tea is an afternoon ritual, and over cups of the club’s own blend the conversation flows, often swirling around the collection of rare original manuscripts housed in the club’s vault. These include Shakespearean folios, one of the three known 1604 copies of Hamlet, and first editions of books such as Milton’s Paradise Lost and Spenser’s Faerie Queene. Since its founding more than a century ago, the club has become home to scores of such treasures, along with such items as a lock of Byron’s hair and a life portrait of Queen Elizabeth I.

Ms. Wastweet was among several medalists invited to submit designs for the medal, and she visited the club personally to do her research. On her website she writes that she was struck by “the combination of deep history and lighthearted sense of humor.” She also noted that, for its own publications, the club uses a clean and contemporary typeface and presentation. “I sought to portray that balance of reverence with jest,” she writes, “and old with new”:

My winning design is based on the club’s insignia, Queen Elizabeth’s Falcon badge… There are several versions of the falcon but I wanted to offer a completely original, creative interpretation rather than a copy of any existing one. The falcon is modeled after the white Gyrfalcon, favored by Royal English falconers. The third Tudor rose and scepter are replaced by a Lizzie tea cup as a cheeky reference to the daily tea tradition. The handwriting in the background is precisely traced directly from a letter in the club’s collection, hand signed by Queen Elizabeth in 1595…

The reverse side of the medal, featuring the massive vault door mechanism, is decorated with the Queen’s cypher with room for engraving each recipient’s name. 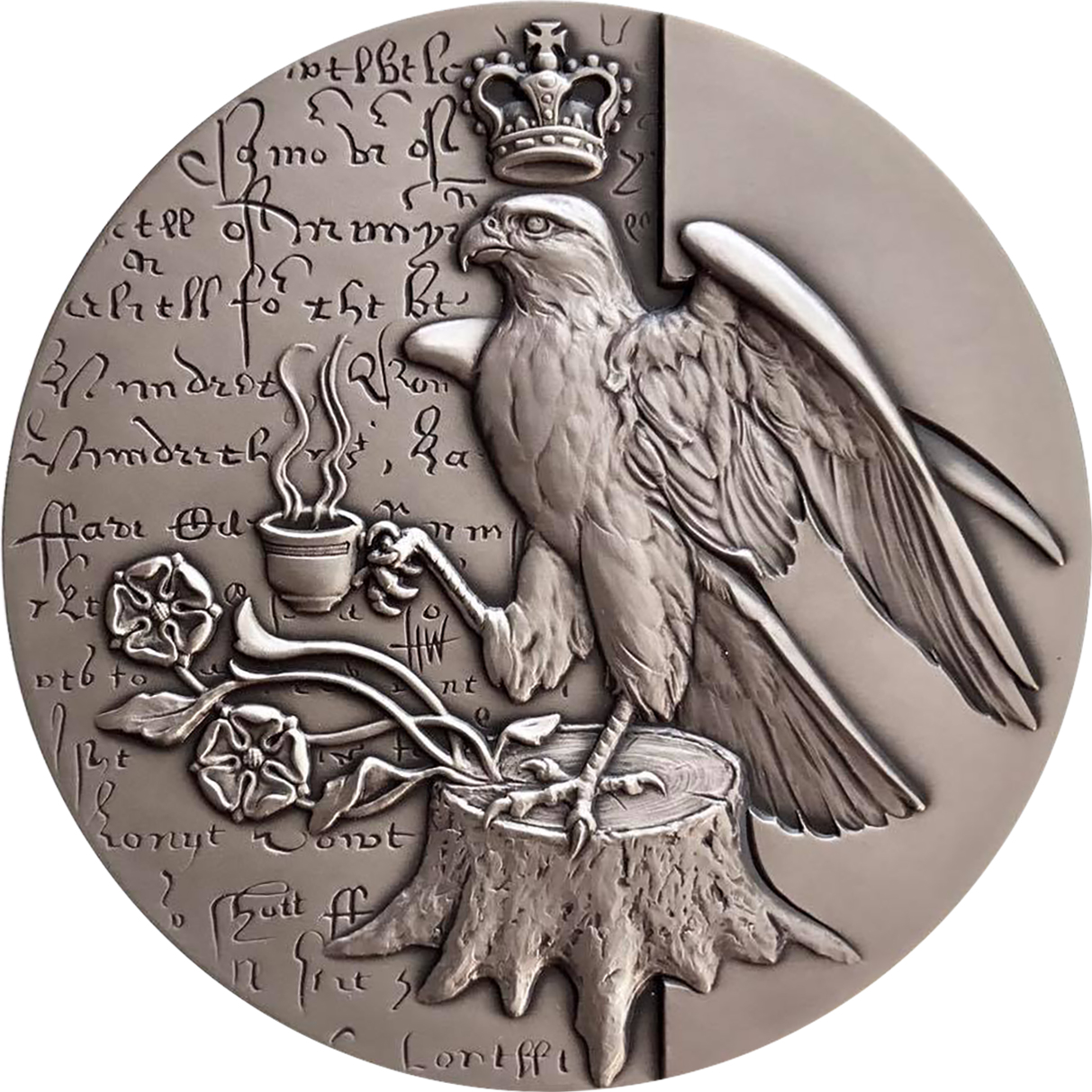 Obverse of the Elizabethan Club medal (hover to zoom). Medal photos courtesy of the artist. 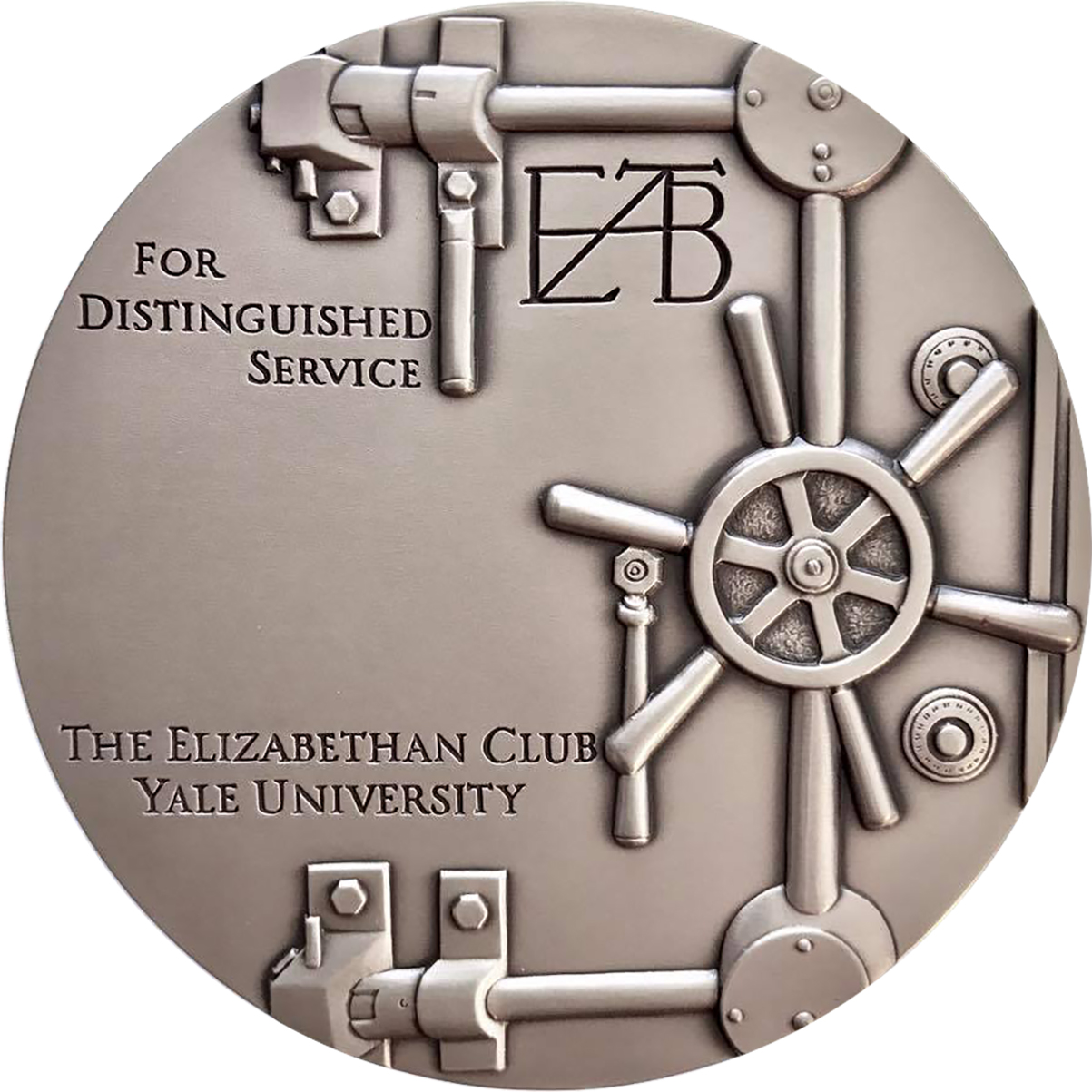 Reverse of the Elizabethan Club medal.

The recipient of the first medal was Stephen Parks, the club’s retired librarian and “dedicated defender of the vault.” Himself a collector, Mr. Parks was awarded his silver medal on June 24, 2017. On her Facebook page Ms. Wastweet wrote, “Such a pleasure for me to witness that ‘wow’ moment when he first sees his medal!”

Struck by the well-known Medallic Art Company, the silver medal is 3 inches in diameter and weighs 10 ounces. In addition to Mr. Parks’s medal, an additional 19 copies were struck and set aside for future recipients.

As mentioned above, Heidi Wastweet is a member of the Citizens Coinage Advisory Committee (CCAC). Her biography on the website reads,

Heidi Wastweet is a leading American Medallist and sculptor who specializes in bas-relief bronzes. In conjunction with a wide variety of private mints she has produced over 1000 coins, medals, tokens and rare coin replicas since 1987. She was chief engraver for Sunshine Mint for 11 years and lead designer/sculptor for Global Mint for 5 years. In 2001 she opened her own studio and relocated from Idaho to Seattle Washington in 2002. [She now lives in San Francisco.—Editor] She served as treasurer for the American Medallic Sculpture Association from 2003—2009 and is current president and founder of Seattle Sculpture Guild as well as a member of FIDEM. She has been included in Coin World and Coinage magazine and exhibits her non-commission work regularly including the National Sculpture Society in New York and the Norwegian Heritage Museum in Washington.

Medal and coin credits include a 7 coin set issued by the Sultanate of Darfur, the Dean’s Award for Seattle University School of Law, Alumnus Award for Stephen F. Austin University, Mayo Clinic visiting physicians medal, Stanford University Alumni medal and Island records Willie Nelson portrait. In addition to medalic art she has also created a number of public art pieces including a recent commission for the University of Washington’s Medal of Honor Monument in Seattle and eight bronze relief panels for 12 foot high church doors for St. Paul’s in Pensacola, Florida.

Fans of Ms. Wastweet’s work may not be able to lay hold of an Elizabethan Club medal, but many of her other commissioned works are both available and affordable. Her portfolio can be viewed on her website, wastweetstudio.com—or simply Google “Heidi Wastweet medal.”   ❑