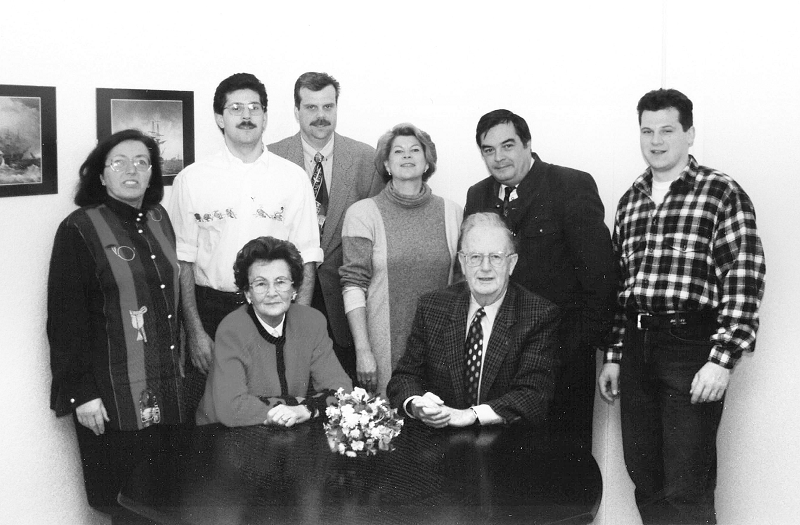 CIT Coin Invest’s team around Dr. Günther Gruber, sitting on the right-hand side in the first row. In the third row: In the center, Michael Vogt, the successor of Dr. Gruber who was head of the company until 2016.

There are only a couple of companies that had such an impact on the world of modern coins as the Liechtenstein think tank CIT Coin Invest. It is the birthplace of one of the first colored coins, and, in cooperation with B. H. Kunstprägeanstalt in Munich, of smartminting technology. CIT coins are part of the collection of the British Museum. And rightly so: CIT’s ideas have shaped modern numismatics.

There are only a few companies that have shaped the world of coins as much as Liechtenstein think tank CIT Coin Invest. Many of the ideas the company realized for the first time on commemorative coins issued by exotic countries found their way into the world of mainstream commemorative coins and can now even be seen on circulation coins. The most successful technique co-initiated by CIT Coin Invest is color application. But this is not the only glorious chapter of the company’s history.

The 70s: Starting as a Coin Dealer for Contemporary Coins

In 1970, when silver was booming, Dr. Günter Gruber started coin trading in Liechtenstein. The company’s activities were confined to sell modern coins of foreign mints on the European market. In order to do so, CIT Coin Invest collaborated with some of the best-renowned mints like the British Royal Mint, the U.S. Mint, or the Italian Zecca dello Stato. Coin Invest Trust became one of the major importers of contemporary coins in Europe 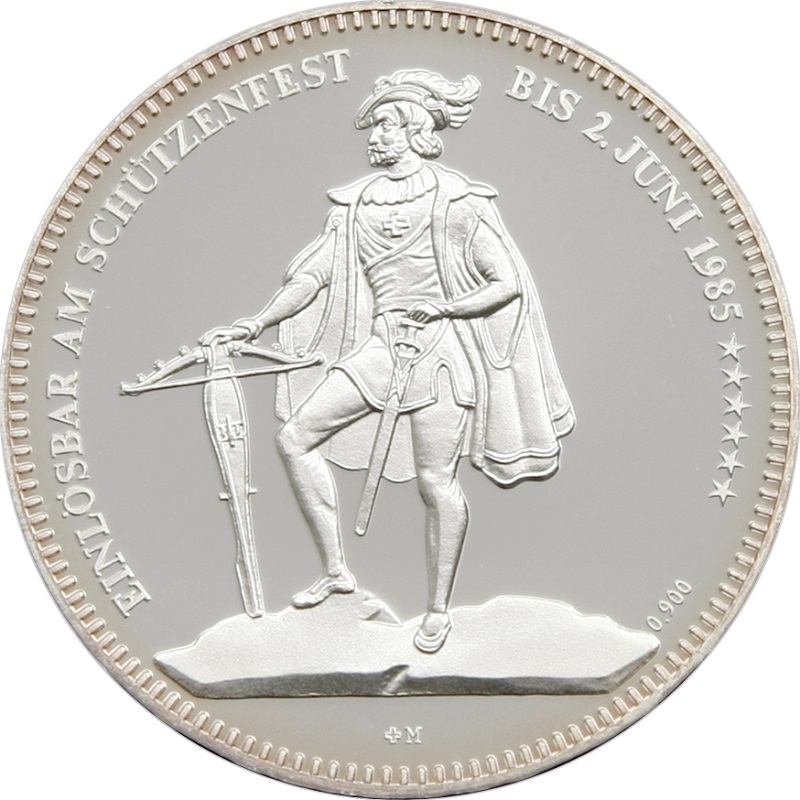 One of the earliest projects of CIT Coin Invest: The Swiss shooting talers issued after 1982. This is a piece from 1985 minted on the occasion of the Schützenfest at Altdorf. The off-strikes in palladium and platinum sold extremely well, especially in the United States. Hover to zoom. 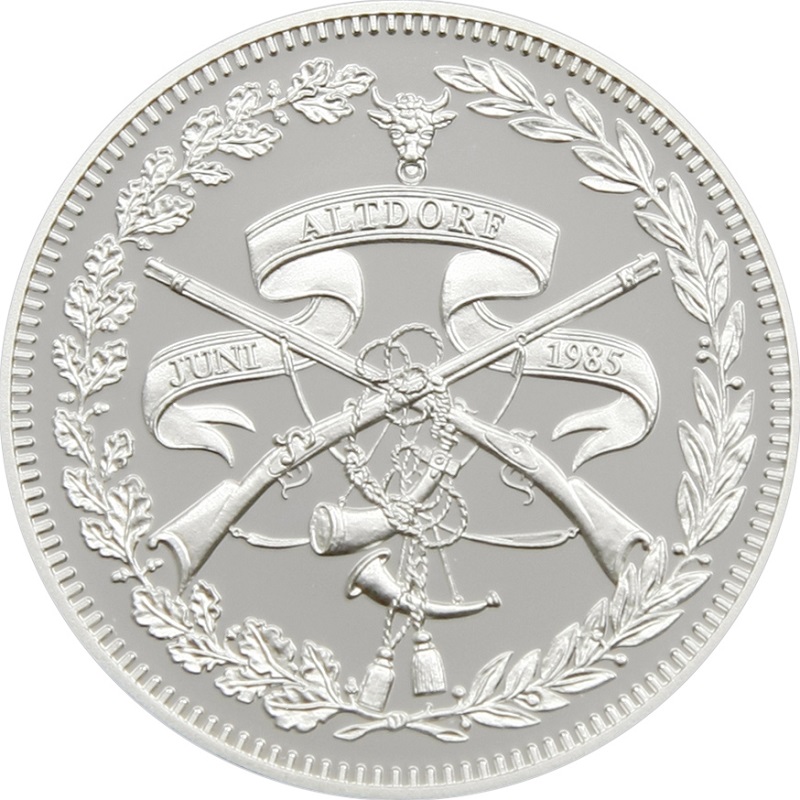 The 80s: Quality as a Response to Quantity

In the middle of the 80s, many mints discovered the potential for commemorative coins. Their coins flooded the collectors’ world and coincided with a decline of interest in investment products. As a consequence, numerous coin dealers folded.

During this time, CIT Coin Invest developed its own way. A profound knowledge of the preferences of collectors prompted the management of the company to create their own products. In 1982, the first one was issued: A Zurich shooting taler, whose off-strikes in platinum and palladium sold incredibly well, especially on the U.S. market. 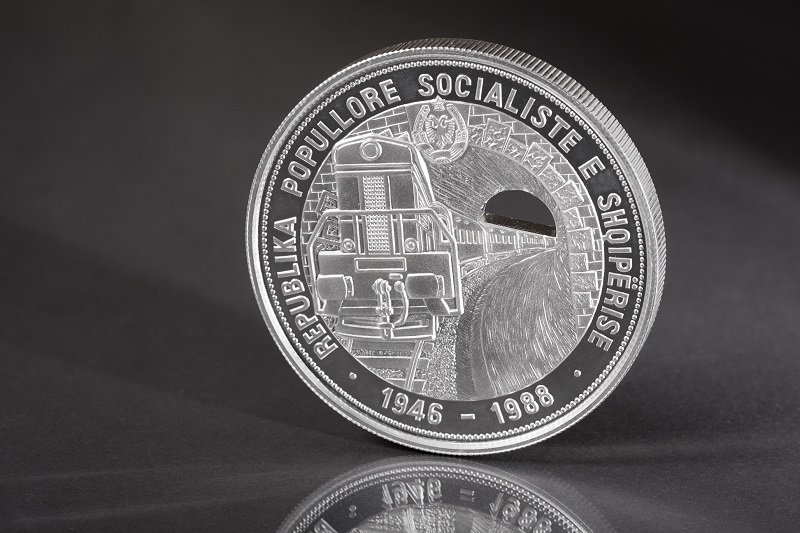 Albania. 50 lekë 1988. Minted in the Hungarian Mint, the design was developed by CIT Coin Invest. Krause Publication’s jury honored this piece as Coin of the Year.

In 1987, CIT Coin Invest was able to convince Albania and the Hungarian Mint to join forces to issue commemorative coins. The first product was a coin in gold, silver, and cupro-nickel celebrating the 60th anniversary of founding the Port of Durrës. 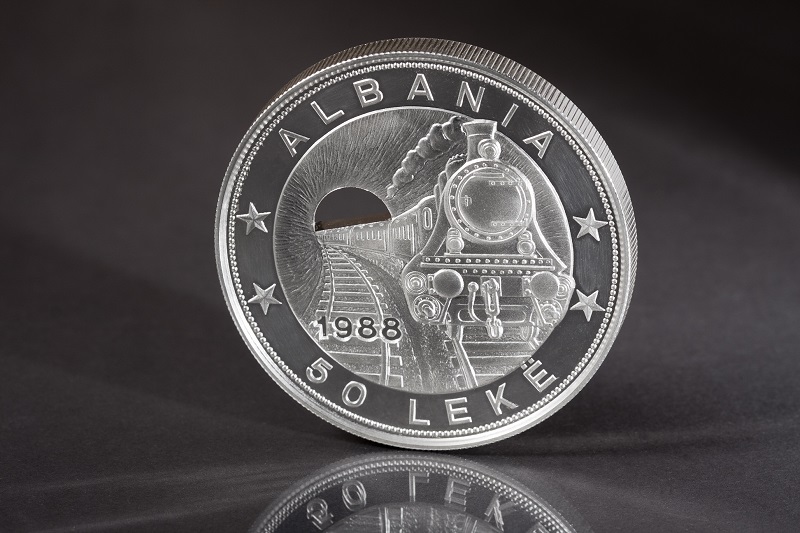 The following project set new standards and showed which path CIT Coin Invest was to take in the future. In 1988, an Albanian commemorative coin celebrating the state railway was issued. On one side, an old train drove into a tunnel; on the other side, a modern train came out. The tunnel was designed as a hole, which was new at the time and extremely demanding to realize from the technical point of view. For this coin, CIT Coin Invest received the highest award the numismatic world has to offer, the COTY.

It was not to be the last Coin of the Year Award CIT Coin Invest was honored with. Particularly in the category “most innovative coin,” there is probably no one who was awarded more COTYs.

The world’s first coin with color application: Palau. $1 in cupro-nickel 1992.

The 90s: Boom in Times of Economic Downturn

While the number of coins issued by state mints declined sharply, CIT Coin Invest became one of the most successful coin agencies. Many of the techniques mints all over the world are applying today, were developed and implemented for the first time during those years on the initiative of the think tank in Liechtenstein. 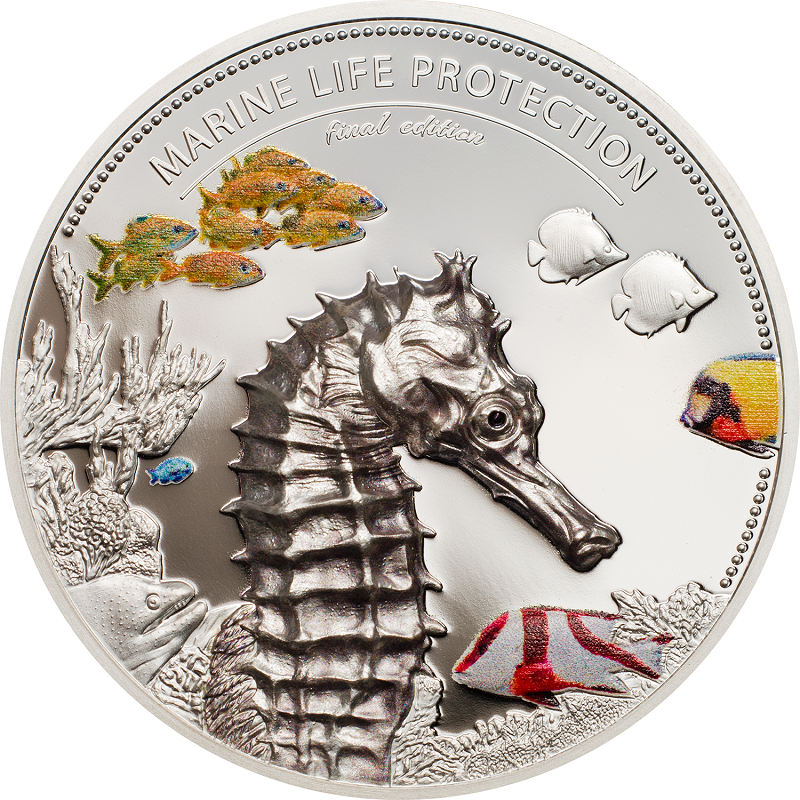 The last edition of this long-lived series. It shows the progress that has been made in terms of minting techniques and color application in the past decades. CIT Coin Invest was one of the leaders of all these developments.

For example, one of the world’s first colored coins was issued by CIT in 1992. It was part of the Marine Life Protection series issued in collaboration with Palau. This series, which was continued until 2017, includes more than 50 issues and is thus the longest-lived series of commemorative coins ever produced. That this development was of crucial importance can be seen by the fact that it is impossible to imagine today’s world of contemporary coins without color.

In the same year, CIT developed a new area of business that is taken for granted by the mints of our days. However, it was not back then the business with licensed products and fan merchandise. In 1992, a Rotary coin was issued. One year later, a coin of the Marshall Islands with the portrait of Elvis Presley was launched.

The silver giant weighing two kilos issued by CIT Coin Invest in 1996 for the Bahamas was not as common back then as silver and gold multiples are today. 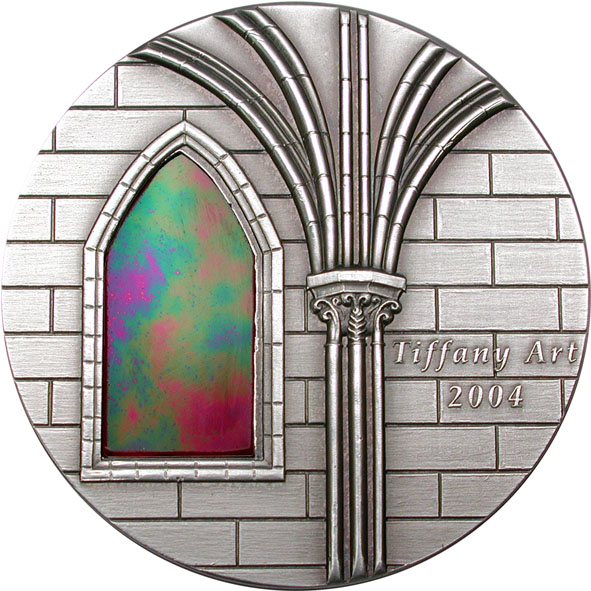 CIT Coin Invest’s most famous series is probably Tiffany Art, these pieces are the first issue of 2004 and the latest coin of 2019.

The 2000s: Tiffany and Other Techniques

In 2004, the first Tiffany coin was produced. Up to now, the Tiffany Art series is a worldwide success appreciated by the numismatic community. The coin was awarded the COTY in the category “Most Innovative Coin.” However, the real honor was awarded to it by the collectors: While the first pieces were sold for about $100, today, one has to pay up to $8,000 to purchase the first issue of this successful series. Developing new techniques and implementing them in a successful, aesthetically pleasing manner became CIT Coin Invest’s signature feature. The first holograms, inlays in all colors, shapes, and materials possible, microminting — nothing was, and nothing is impossible.

That decade gave birth to legendary series like Meteorite Impacts and Wildlife Protection, of which two out of nine issues were awarded the COTY.

By that point, at the latest, CIT Coin Invest also attracted attention outside of the numismatic world. For example, the legendary National Geographic reported in 2007 on CIT Coin Invest and its products. 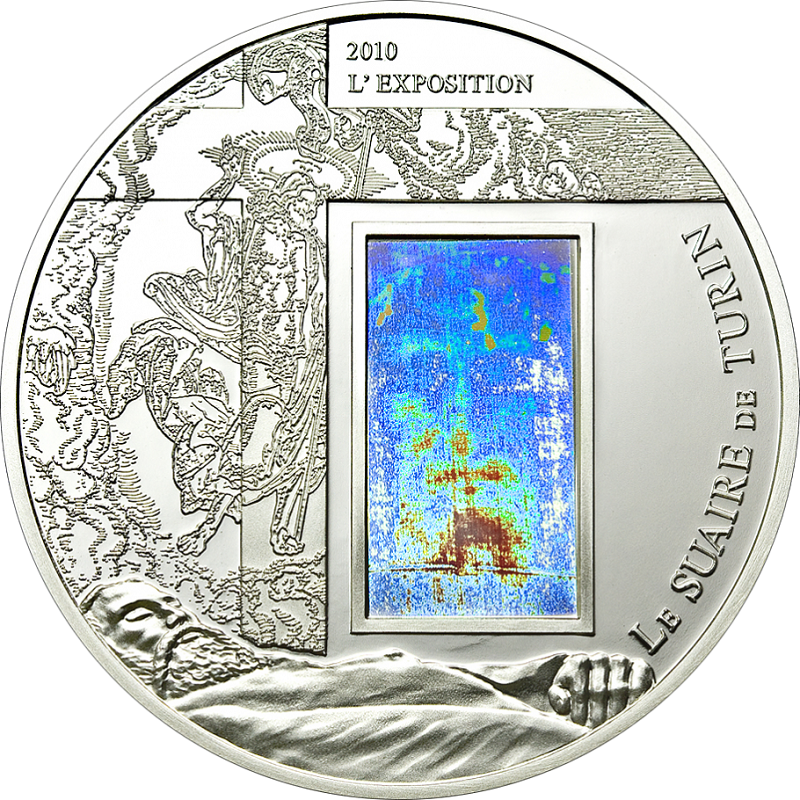 Coin for Cameroon of 2010, “The Shroud of Turin,” featuring a hologram.

The 2010s: CIT Coin Invest’s Products Make Their Way into the British Museum

Since 2011, coins of CIT Coin Invest have been part of the extensive collection of the British Museum in London. And rightly so: Previously, nobody had applied so many different techniques simultaneously to attractive collector coins. 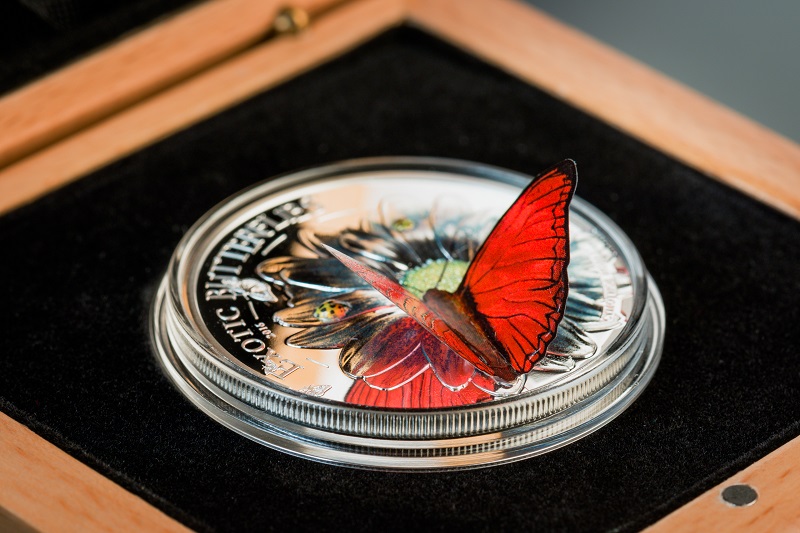 And there was still no end in sight to this development: In 2015, smartminting technology was developed in collaboration with B. H. Mayer’s Kunstprägeanstalt in Munich and employed for the first time to produce commemorative coins. 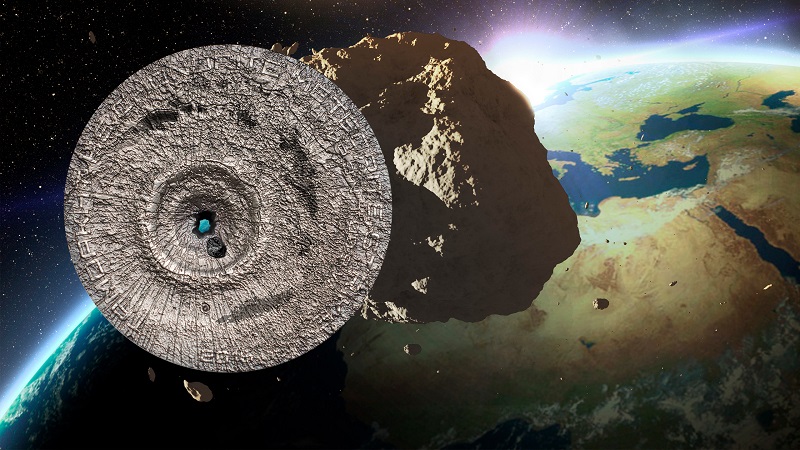 A coin of the Meteorite Impact series: Tamdakht Meteorite Strike from 2016 was honored with an award for the extraordinary minting technique used to produce this coin: Cook Islands, two dollars 2016. 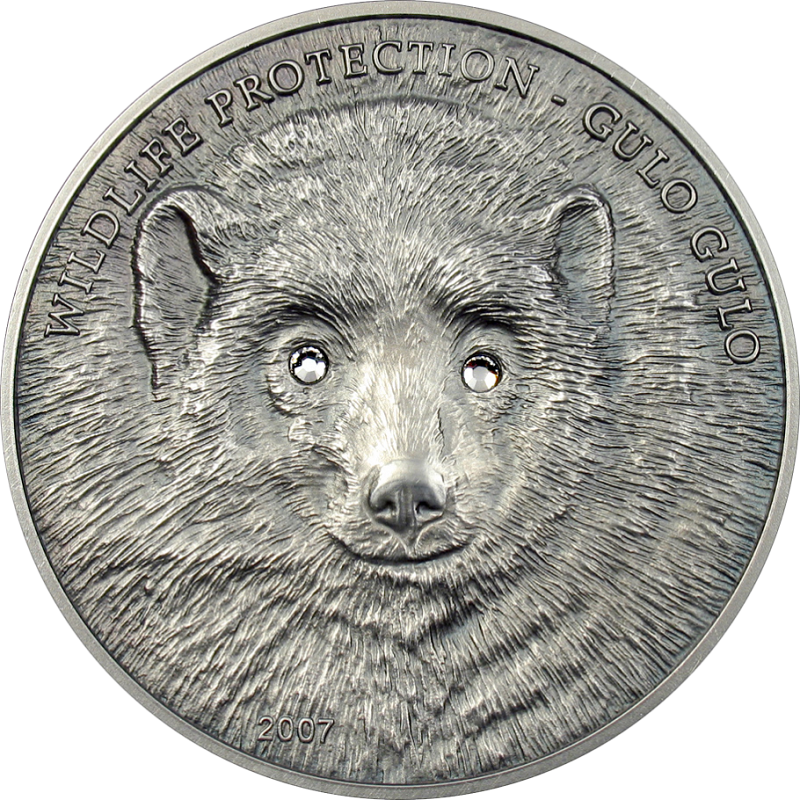 Coin of the Year 2009: Gulo Gulo, the first coin of the Wildlife Protection series issued by CIT Coin Invest on behalf of Mongolia.

For the first time since the success of the knuckle joint press, it was possible to achieve a coin relief similar to that known from the medals of the 19th century. 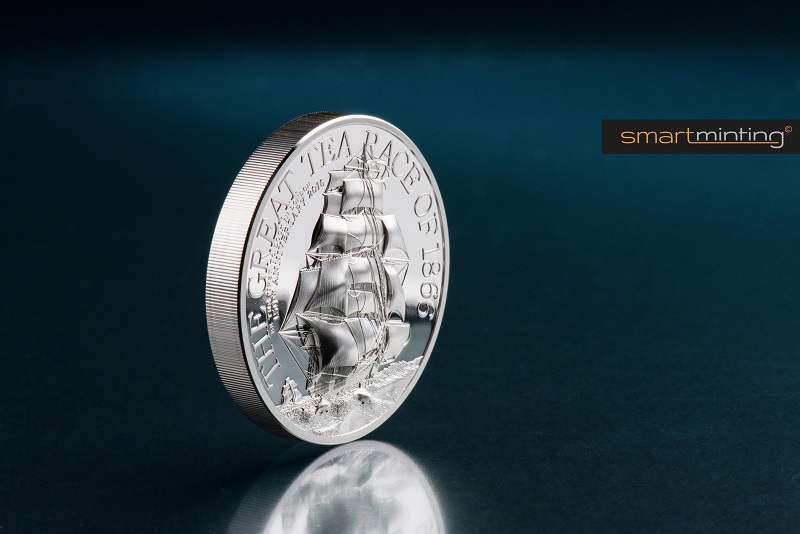 One of the first coins produced with smartminting technology developed in collaboration with B. H. Mayer’s Kunstprägeanstalt: The Great Tea Race, Cook Islands, 10 dollars 2016.

Shortly thereafter, a technique for minting gold coins was developed that made it possible to produce coins of large diameters: BGM, Big Gold Minting. 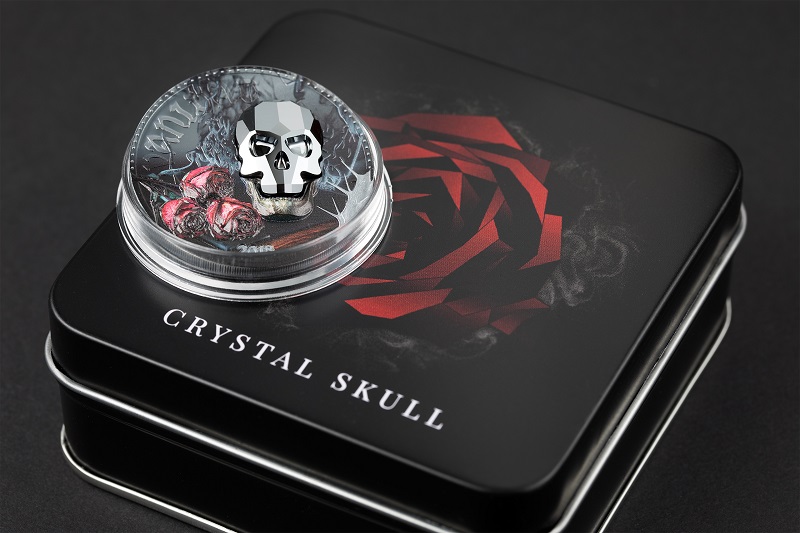 An impressive combination of techniques, among them inlay, black Proof, color application and smartminting, to only name a few: The issue “Vanity” of 2018 from the “Crystal Skull” series.

By combining various finishes, inlays, delicate color application, and special shapes, numismatic works of art were created and inspired by the ideas of CIT Coin Invest. Those pieces — often imitated but never equaled — have set a new quality standard for the industry. 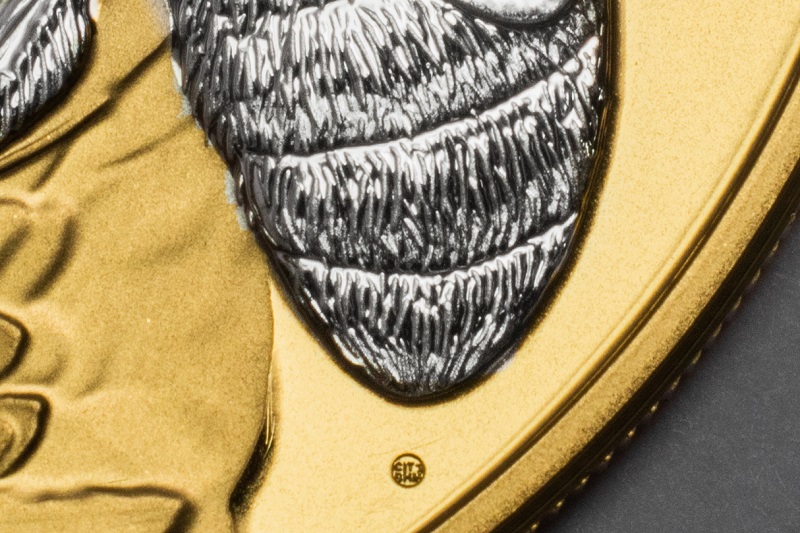 Since 2014, this has been the guarantee that a coin was made by CIT Coin Invest: SeQrySign.

Therefore, it became necessary in 2014 to establish a security feature — SeQrySign — that guarantees collectors that the coin they have in their hands is an original product of CIT Coin Invest.

The latest product of CIT Coin Invest: The Apple Blossom Egg shown on a coin struck on the occasion of the 100th anniversary of the death of Peter Carl Fabergé. Even though this coin is impressive from the technical point of view, it will not be the highlight at CIT Coin Invest’s anniversary booth at the WMF.

And the success story continues. Be sure, what CIT Coin Invest will display at their anniversary booth at the World Money Fair 2020, will attract a lot of attention. The reason is that they did it again: CIT Coin Invest developed a new technique in collaboration with B. H. Mayer’s Kunstprägeanstalt. Come and discover the next big thing in minting technology!