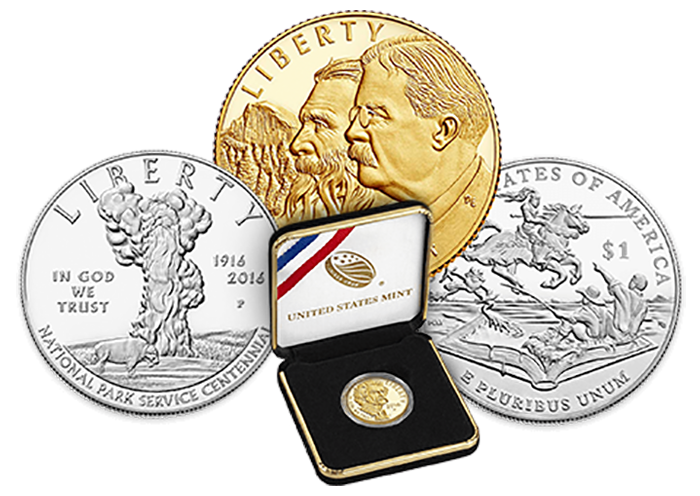 Heads-up to commemorative procrastinators: if you want to buy directly from the United States Mint, you have 48 hours left. The Mark Twain and National Park Service Centennial commemorative coins will no longer be available from the Mint after 12 noon on Thursday, December 29.

As of last week’s U.S. Mint sales report, the totals sold of each coin in these two series were as follows:

Although the coins are available only during calendar year 2016, both of these commemorative programs were years in the making. The Senate bill authorizing the Mark Twain coins was introduced in late 2011. The legislation was passed and signed into law in 2012, after which three years passed before the designs were finalized and released to the public. The coins were released in January of this year. The National Park Service program followed a similar path, with each step just a few months behind the corresponding Mark Twain program.

The United States Mint was created by Congress in 1792 and became part of the Department of the Treasury in 1873. It is the nation’s sole manufacturer of legal tender coinage and is responsible for producing circulating coinage for the nation to conduct its trade and commerce. The Mint also produces numismatic products, including Proof, uncirculated, and commemorative coins; Congressional Gold Medals; and silver and gold bullion coins. The Mint’s numismatic programs are self-sustaining and operate at no cost to taxpayers.   ❑