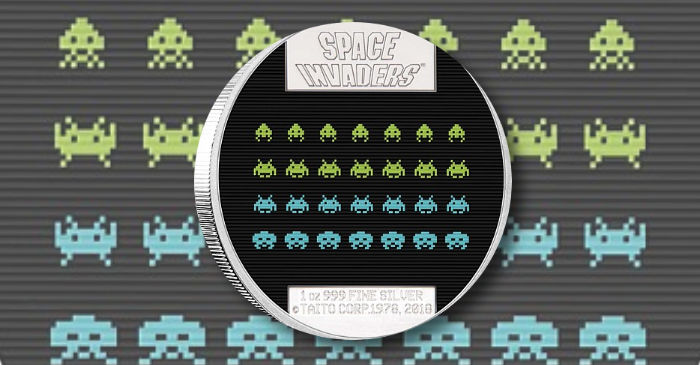 In June 1978, Taito Corporation launched Space Invaders, which is now synonymous with the hobby of gaming in general due to its rapid rise in popularity and widespread implementation in arcades. Before Space Invaders, video games were typically just considered a niche hobby, but thanks to its impact the hobby is now one of the top pastimes on the planet. Being one of the first shooter games, Space Invaders invites the player to utilize a laser cannon to fend off hordes of alien invaders. While today’s video games are largely three-dimensional, Space Invaders is a two-dimensional video game. Now, 40 years later, the New Zealand Mint has issued a commemorative one-ounce silver coin to celebrate the legacy of Space Invaders.

The Space Invaders 40th Anniversary One-Ounce Silver Coin contains one troy ounce of .999 fine silver and comes in a Proof finish. At just 3,000 pieces, the coin’s mintage is very limited. The 40-millimeter coin possesses a milled edge and has a denomination of $2. 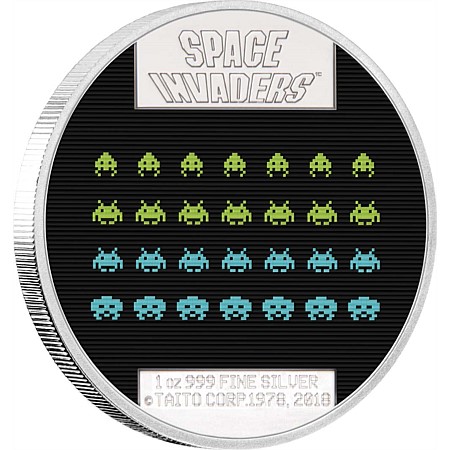 The reverse of the coin features the aliens from Space Invaders, which, thanks to the usage of lenticular printing, move when the coin is tilted — just like they do in the game. Toward the top of the coin is the inscription SPACE INVADERSTM, while around the bottom 1 oz 999 FINE SILVER © TAITO CORP. 1978, 2018 can be seen. 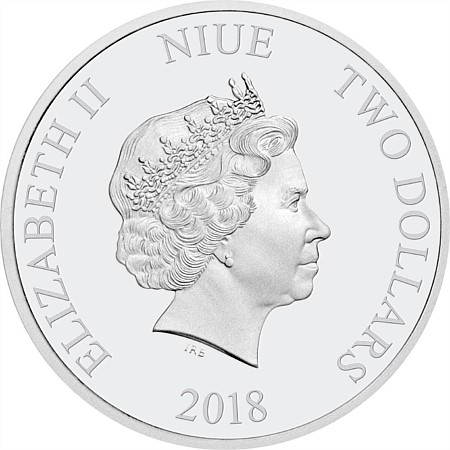 The obverse of the coin features the Ian Rank-Broadley effigy of HM Queen Elizabeth II and possesses the inscriptions NIUE, TWO DOLLARS, 2018, and ELIZABETH II. 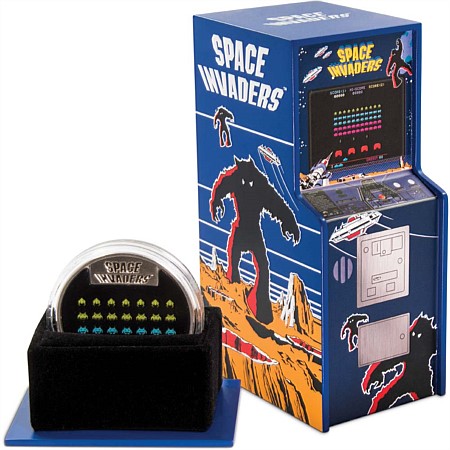 The Space Invaders 40th Anniversary One-Ounce Silver Coin is presented in a box which resembles the original arcade cabinet. The base of this replica cabinet contains a numbered certificate of authenticity. A cushion of black felt surrounds the coin after lifting the arcade cabinet off of the base. For additional information on this coin and others, please visit the website of the New Zealand Mint.