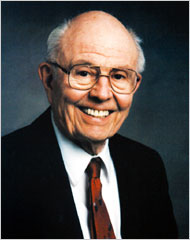 The award, established in 1940, annually honors collectors posthumously for a lifetime of service in philately. Mr. Sundman’s contributions included introducing thousands of new collectors to the hobby with innovative advertisements and mail order offers, as well as expanding the practice of sending stamps and coins through the mail with a range of “on approval” services.

In the January 2016 publication of The American Philatelist, Ken Martin, Executive Director of the APS, wrote that “Maynard’s name – the Mystic name – is synonymous with the most creative outreach venture to new collectors our hobby has ever seen.” He credited Maynard’s efforts as helping to keep the hobby vibrant into the 21st century.

Richard Helbock and Lester Winick were also named as 2015 recipients.