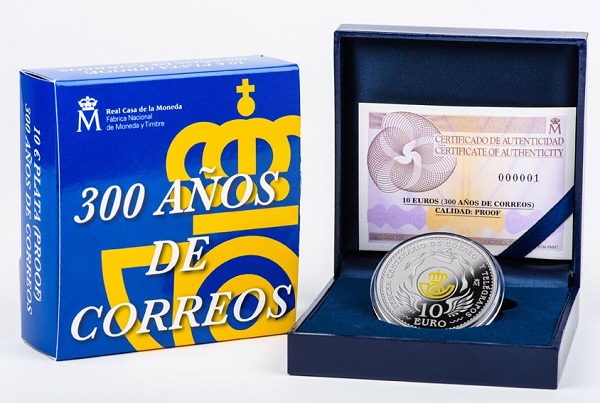 Granted by Royal Warrant of King Philip V on July 13, 1716, the system was implemented to deliver the King’s orders and diplomatic dispatches, which included his personal correspondences as well as government payments and monies. The warrant granted by the King was seen as a national service and a successor to privately organized services run by noble or titled personalities in Spain.

The re-organization of the national service was completed by 1743, bolstered by an additional warrant that saw the regulation of a network of post offices and the appointment of a Correo Mayor, or Postmaster General. Other notable changes included the introduction of a postage stamp in a model similar to that which was introduced by the British postal reformer Sir Rowland Hill with Royal Mail in 1840.

The first Spanish postage stamp was used from January 1, 1850, in denominations ranging from six quartos, or 1 ½ centimos, for a simple letter, to 10 reales for more complex and heavier dispatches. These stamps carried an effigy of Queen Isabella II similar in appearance to the one used on her coinage introduced in 1851.

Another milestone for the Royal Postal Service was the addition of telegraphy services from 1844 to 1855, though this was mostly reserved for use by the state rather than the public. By the end of the 19th century, however, over 1,500 telegraph stations across Spain were open for public use.

Today, the Sociedad Estatal de Correos y Telégrafos, S.A., trading as Correos, is the modern national postal service of Spain and is one of the largest postal services in the world. With their head offices based in Madrid, it has over 10,000 postal centers and offices all over Spain. 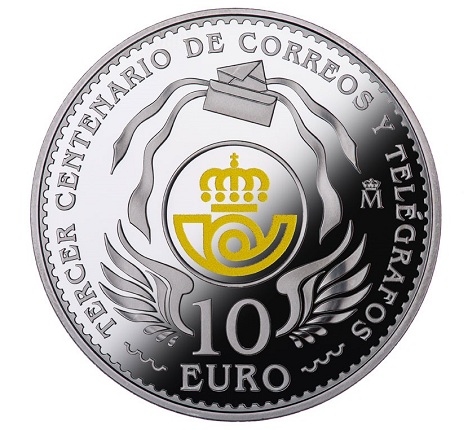 The reverse design of the coin reproduces in color the crowned post horn, symbol of three hundred years of Correos, which is surrounded by allegorical elements related to the postal service. 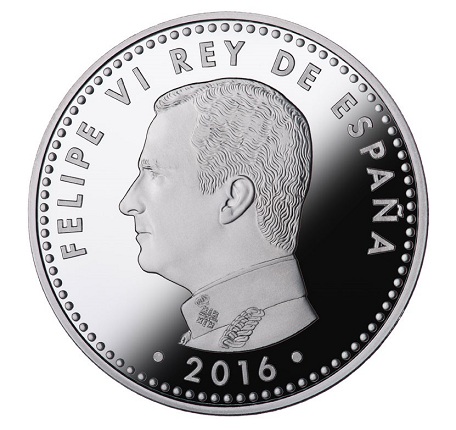 The obverse features a profile of H. M. King Felipe VI and the text FELIPE VI REY DE ESPANA around the King’s effigy, with the year of issue, 2016, below the portrait.

The coin is available directly from the Web shop of the Real Casa de la Moneda and is packaged in a custom blue presentation box with a certificate of authenticity. For additional information on this and other coins offered by the FMNT, please visit their Web site. International sales will be dispatched where applicable.