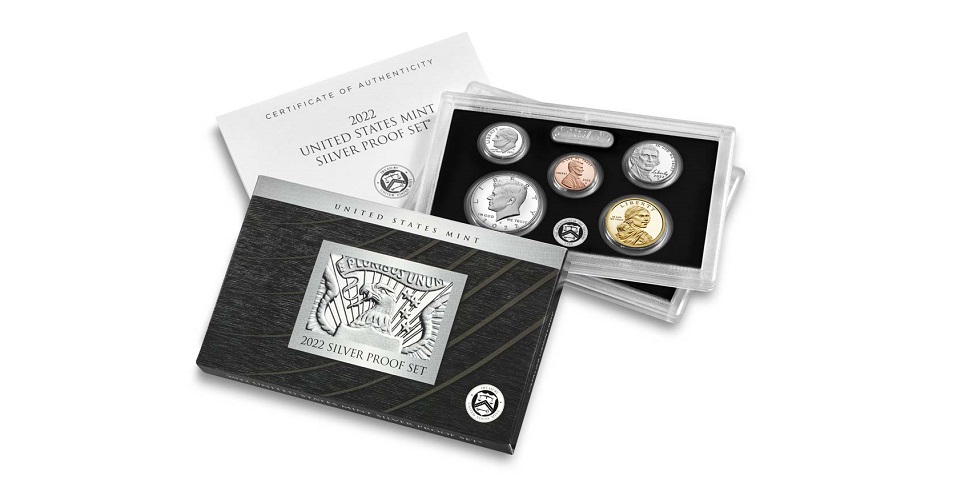 Washington — The 2022 United States Mint (Mint) Silver Proof Set will be available for purchase starting on June 23 at noon EDT. This year’s set includes the first five coins in the American Women Quarters Program, the four-year series that celebrates the accomplishments and contributions made by women to the development and history of America. 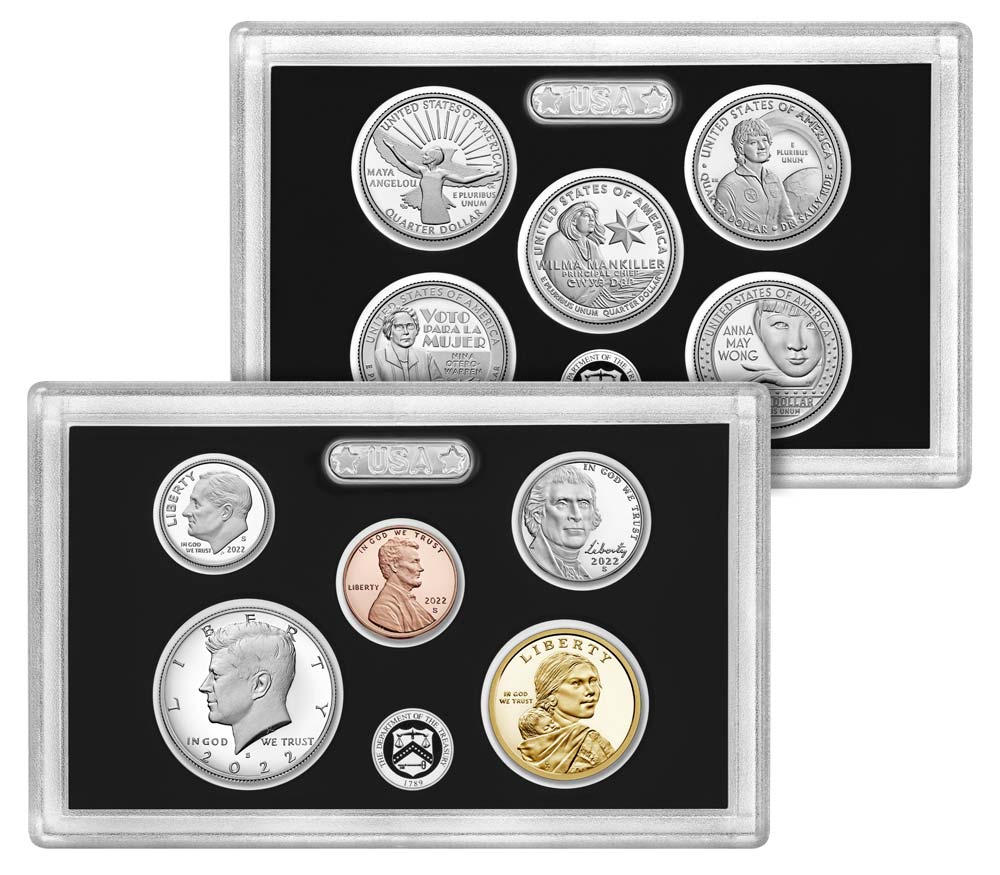 Priced at $105.00, the set includes the following 10 San Francisco-minted coins:

The quarters, dime, and half dollar are all struck in 99.9 percent fine silver. 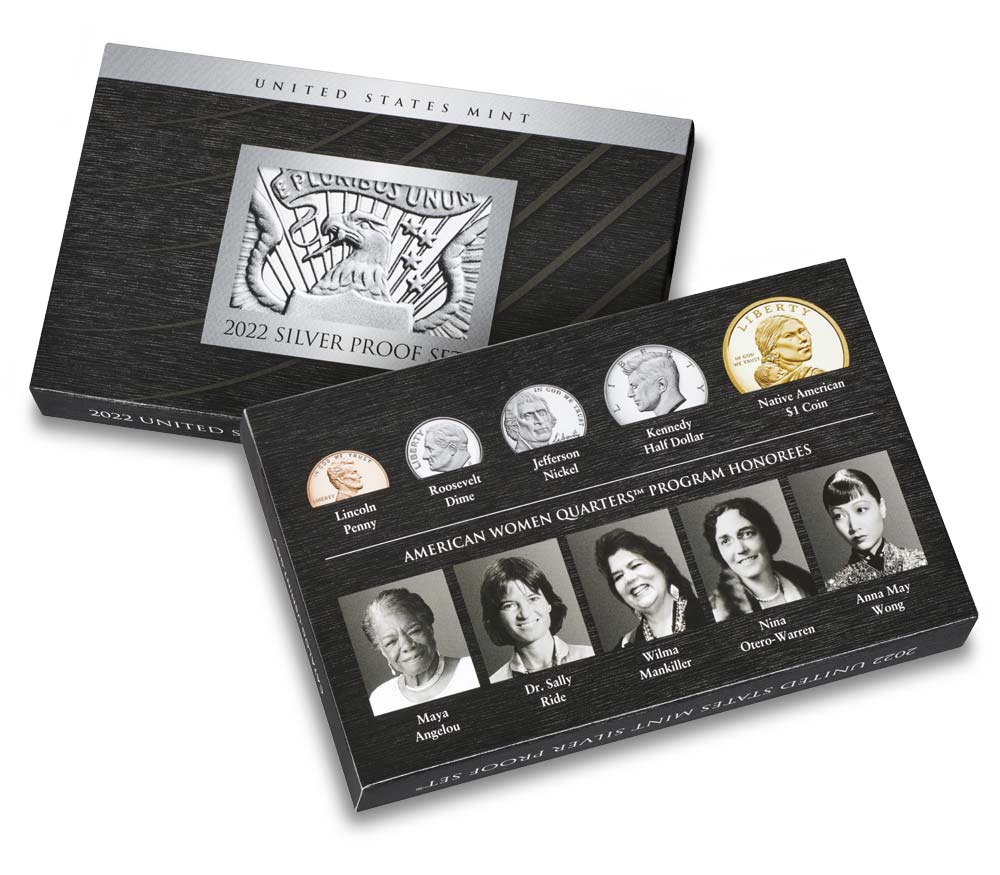 For 2022, the new image on the front of the carton features a traditional design in black with a textured background and a close-up of the eagle on the reverse of the half dollar. The images on the back of the carton include photographs of all five 2022 American Women Quarters Program honorees and partial coin images of the obverse of the Kennedy half dollar, Lincoln penny, Jefferson nickel, Roosevelt dime, and Native American $1 Coin. A certificate of authenticity is also included with each set.

To set up a REMIND ME alert for this set, please visit here (product code 22RH). 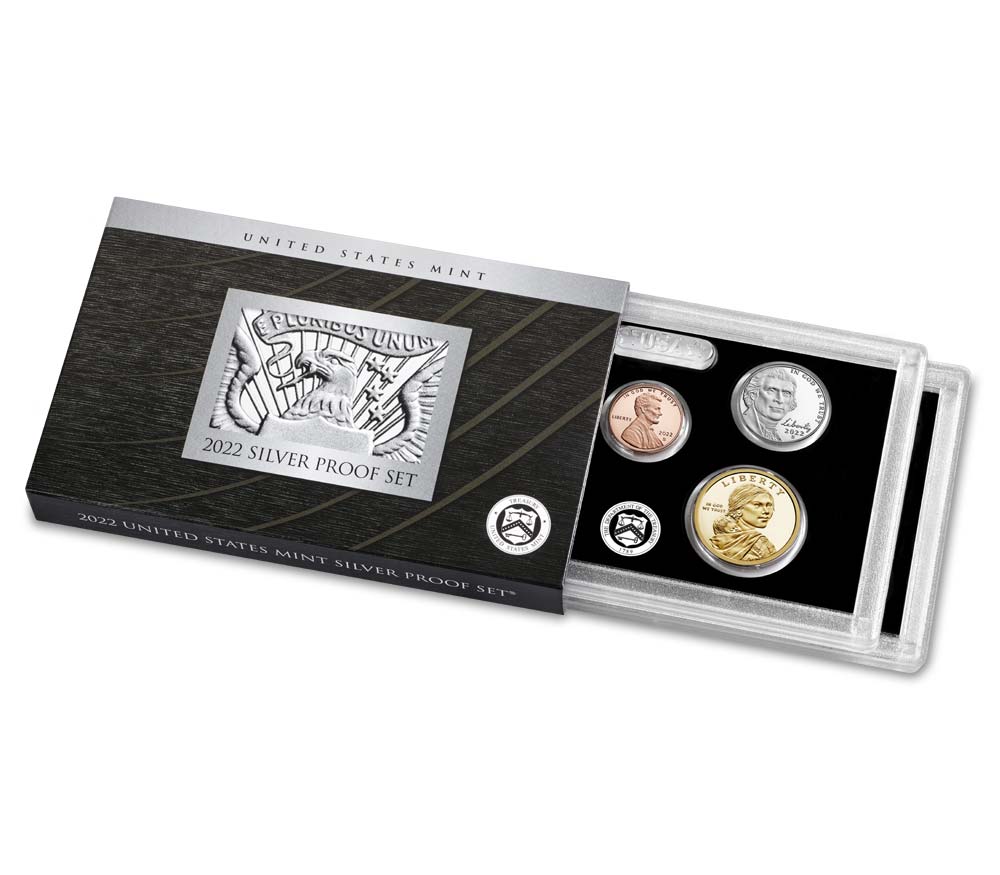 The United States Mint Silver Proof Set may also be purchased through the Product Enrollment Program. Enrollments work like a magazine subscription. Sign up once and you will receive the next product released in the series after the date of your registration, then continue to receive products until you end your enrollment. Visit here to learn more.

Note: To ensure that all members of the public have fair and equal access to United States Mint products, the United States Mint will not accept nor honor orders placed prior to the official on-sale date and time of June 23, 2022, at noon EDT.

Please use the United States Mint catalog site as your primary source of the most current information on products and services or call 1-800-USA-MINT (872-6468).