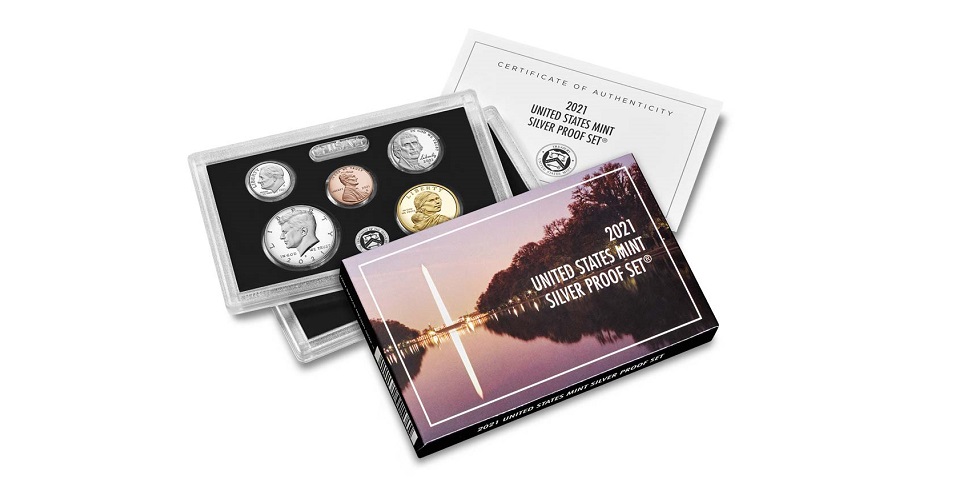 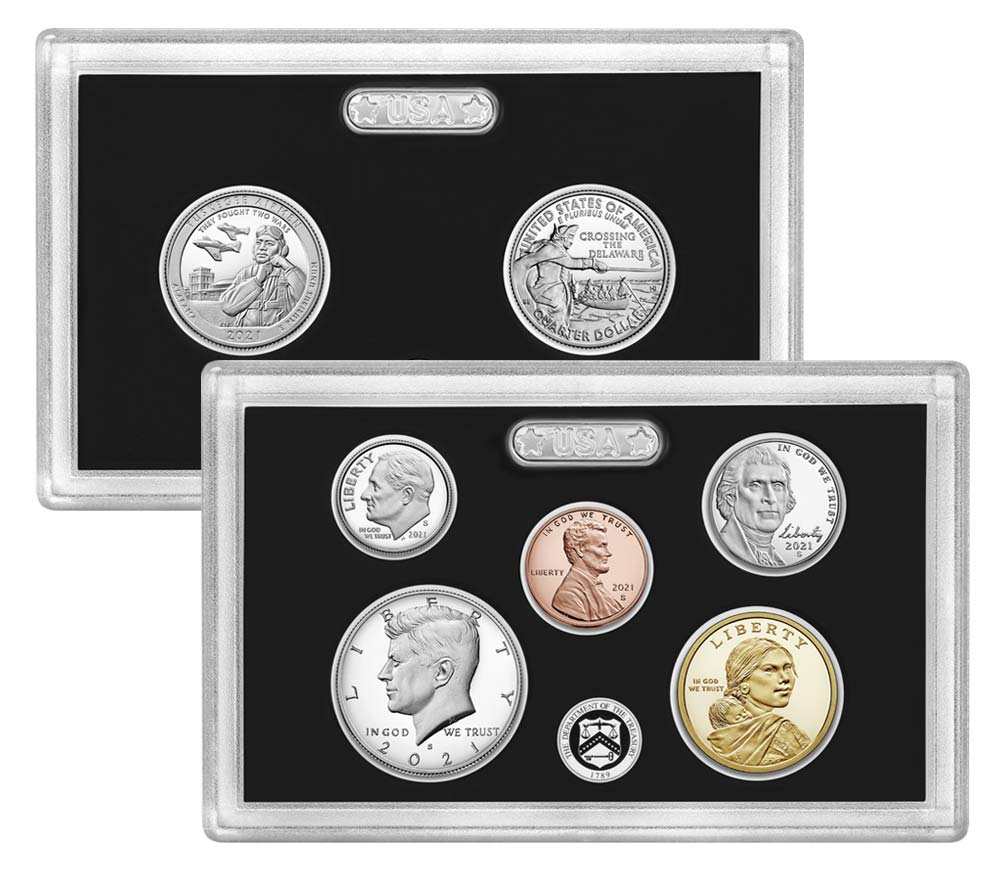 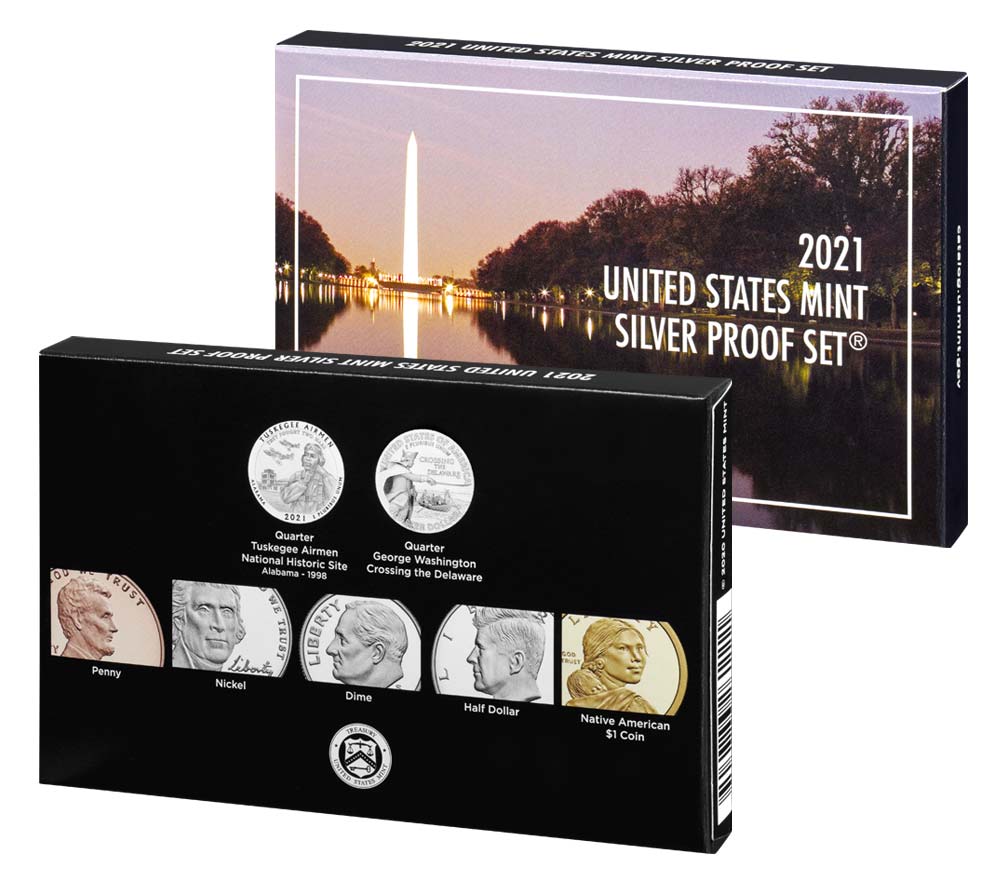 The coins are sealed in two clear plastic lenses and packaged in a decorative carton emblazoned with an image of the Washington Monument at sunrise on the front and coin images on the back. The quarters, dime, and half dollar are struck in 99.9 percent silver. The Mint’s certificate of authenticity accompanies each set. 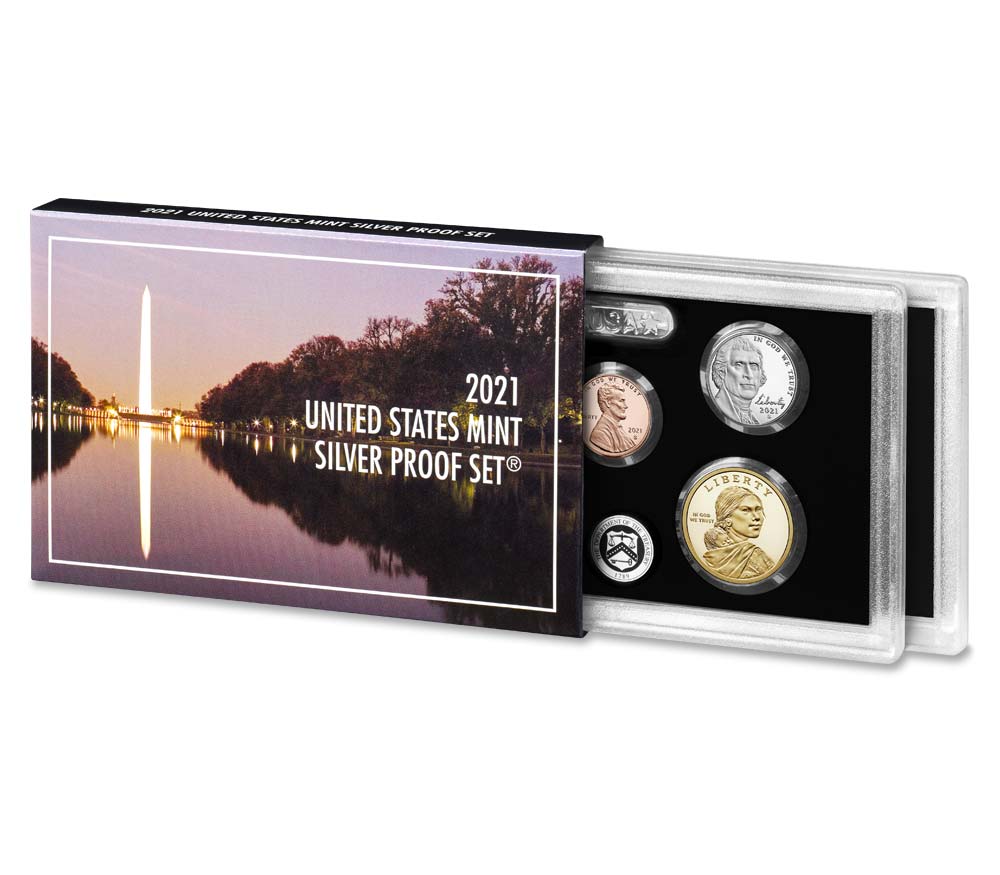 The 2021 United States Mint Silver Proof Set is priced at $105.00. To set up a REMIND ME alert for this product, please click here (product code 21RH).

The United States Mint Silver Proof Set can also be purchased through the Product Enrollment Program. Visit here to learn more about this convenient ordering method. For more information about future release dates for our 2021 annual sets, click here.

Note: To ensure that all members of the public have fair and equal access to United States Mint products, the United States Mint will not accept and will not honor orders placed prior to the official on-sale date and time of April 22, 2021, at noon EDT.