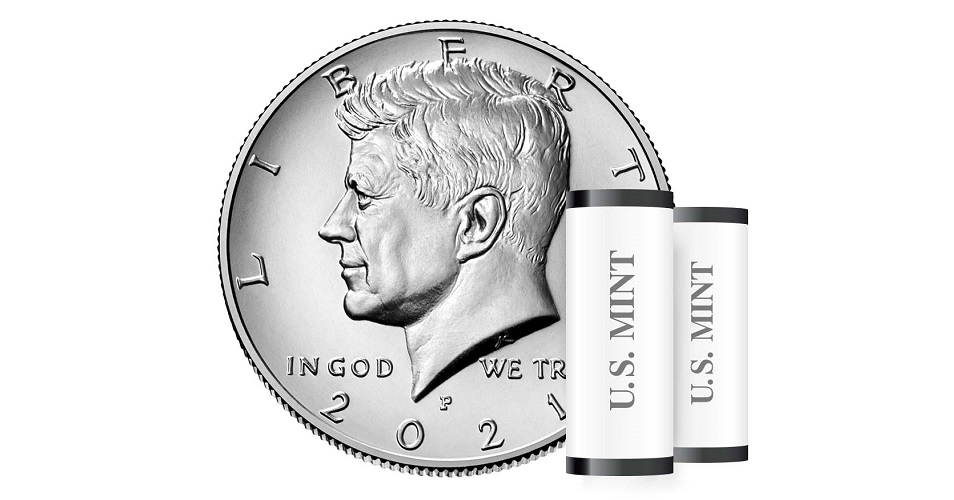 Washington — The United States Mint (Mint) will accept orders for rolls and bags of 2021 Kennedy half dollar coins beginning on May 11 at noon EDT. Available product options include the following:

The Mint launched the Kennedy half dollar coin in 1964 following the assassination of President John F. Kennedy in 1963. The coin’s obverse (heads) features the original 1964 design of President Kennedy with the inscriptions LIBERTY, IN GOD WE TRUST, and 2021. The reverse (tails) design is based on the Presidential Coat of Arms. Inscriptions are UNITED STATES OF AMERICA, E PLURIBUS UNUM, and HALF DOLLAR.

To set up REMIND ME alerts for the Kennedy Half Dollar products, visit:

The Kennedy half dollar bags and rolls are also available for purchase through the Mint’s Product Enrollment Program. To learn more, visit here.