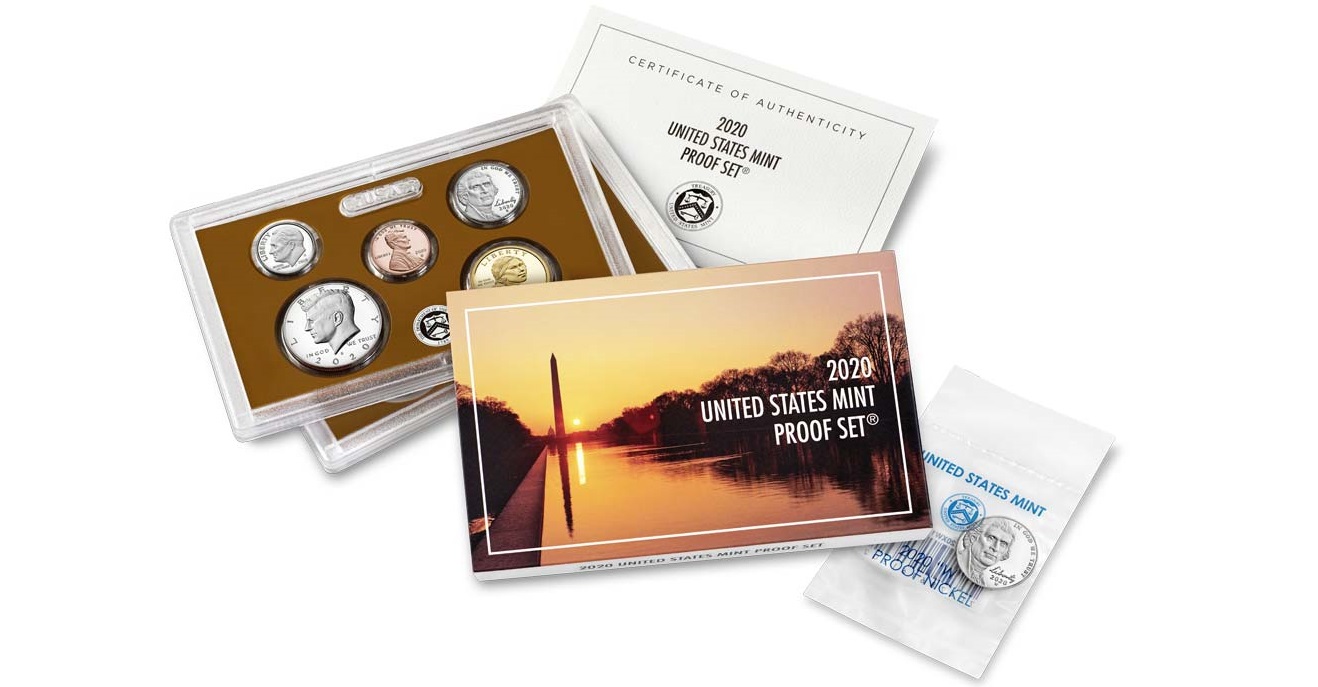 Washington — The 2020 United States Mint Proof Set (product code 20RG) will be available for purchase starting on February 27 at noon EST. The set is priced at $32.00 and includes the following 10 coins from the United States Mint at San Francisco: 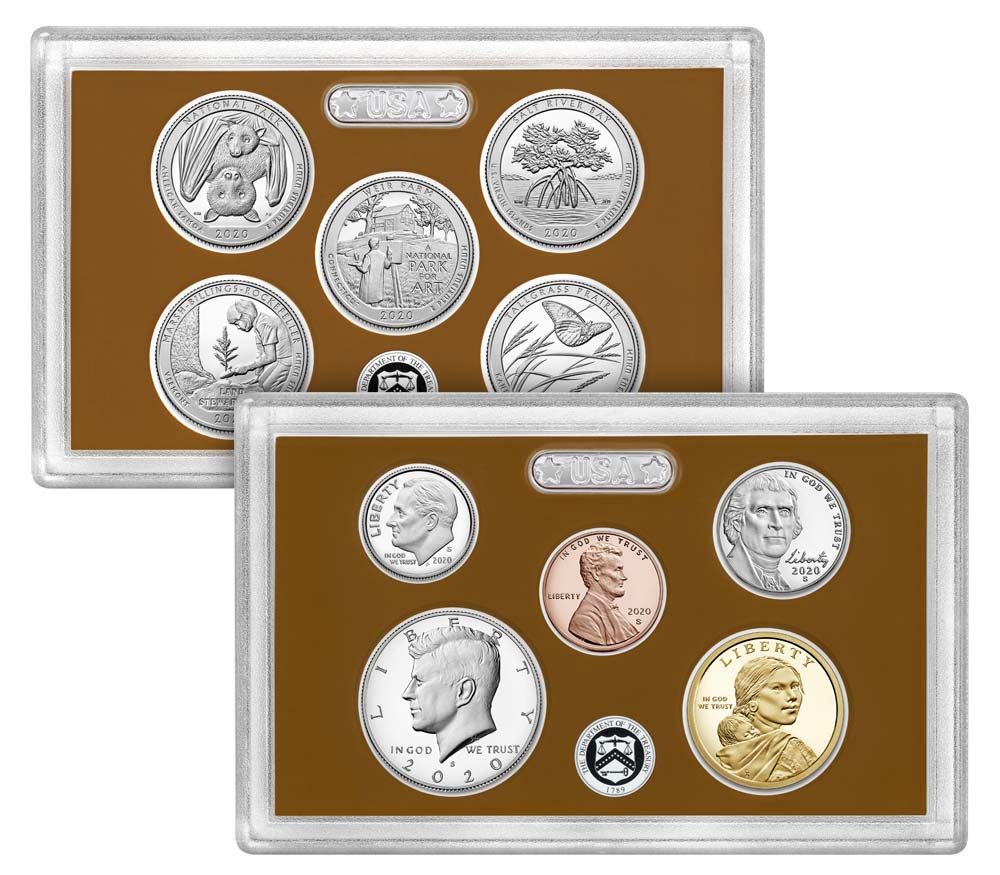 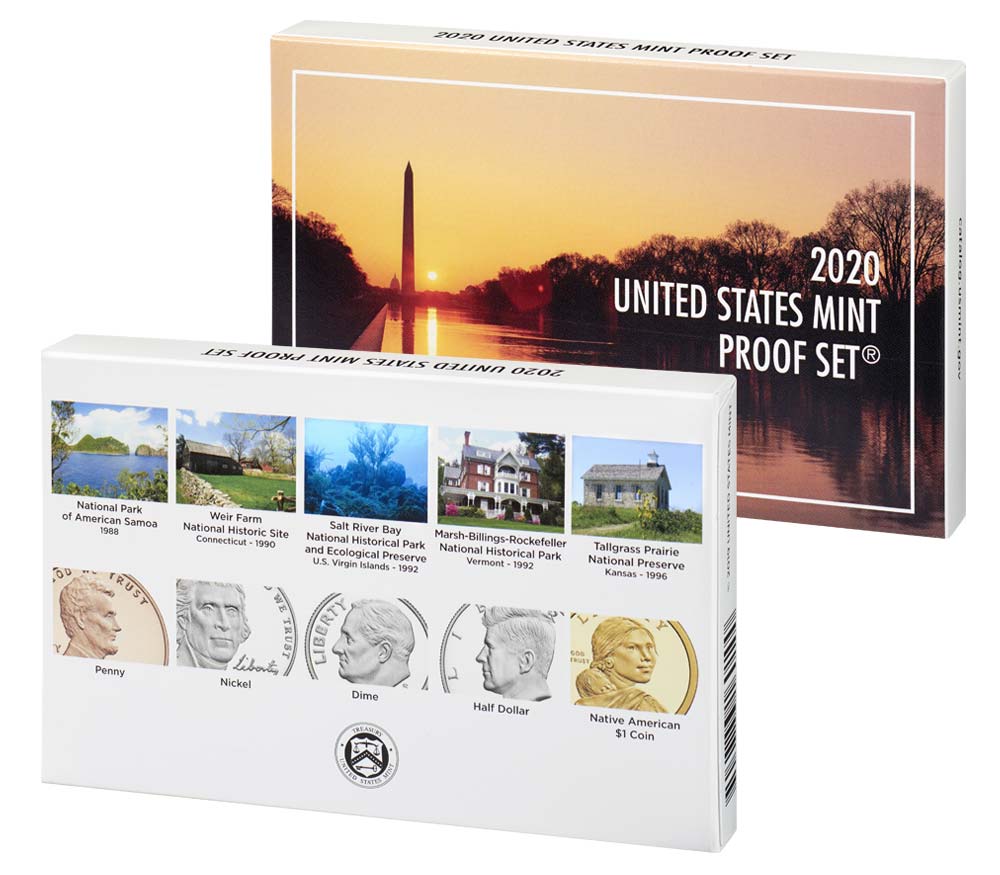 The coins are sealed in two lenses and packaged in a decorative carton emblazoned with an image of the Washington Monument at sunrise on the front. The back of the carton displays images of each national site honored in 2020 with interesting facts. A certificate of authenticity comes with each set. 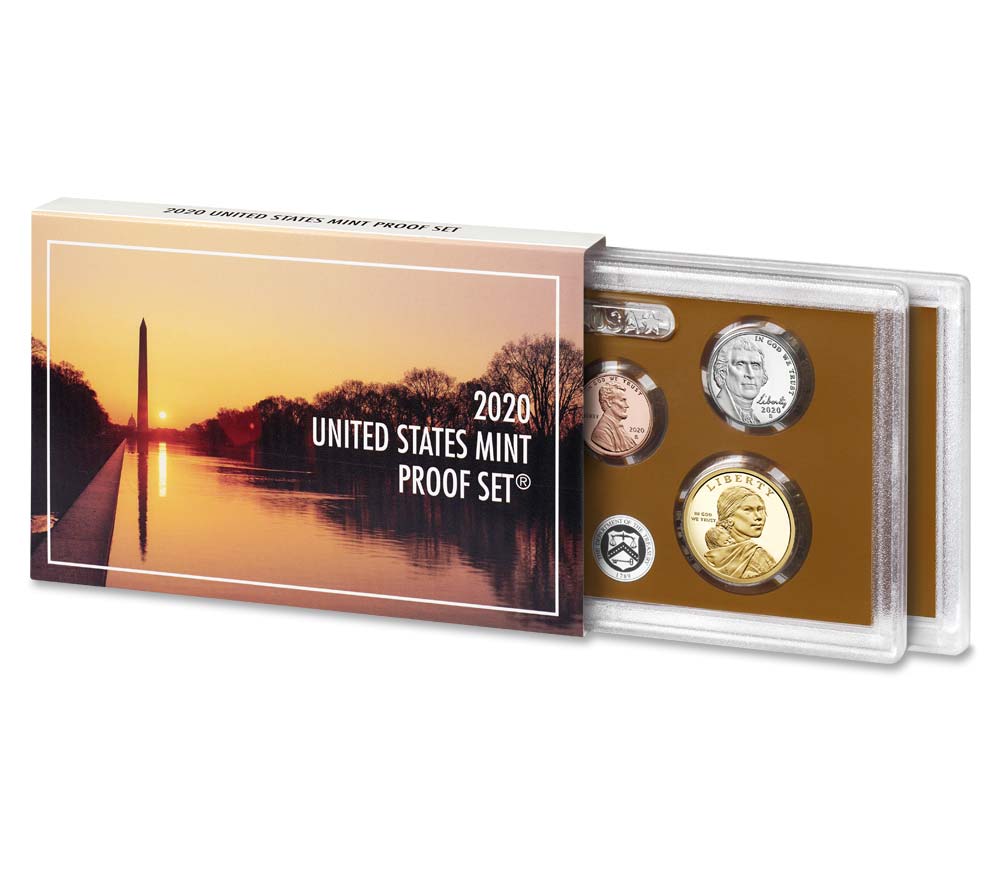 This year, the Mint is including a Proof finish 2020 Jefferson nickel from the West Point Mint with each United States Mint Proof Set. This special coin is packaged separately in clear United States Mint plastic wrap and inserted into an envelope. 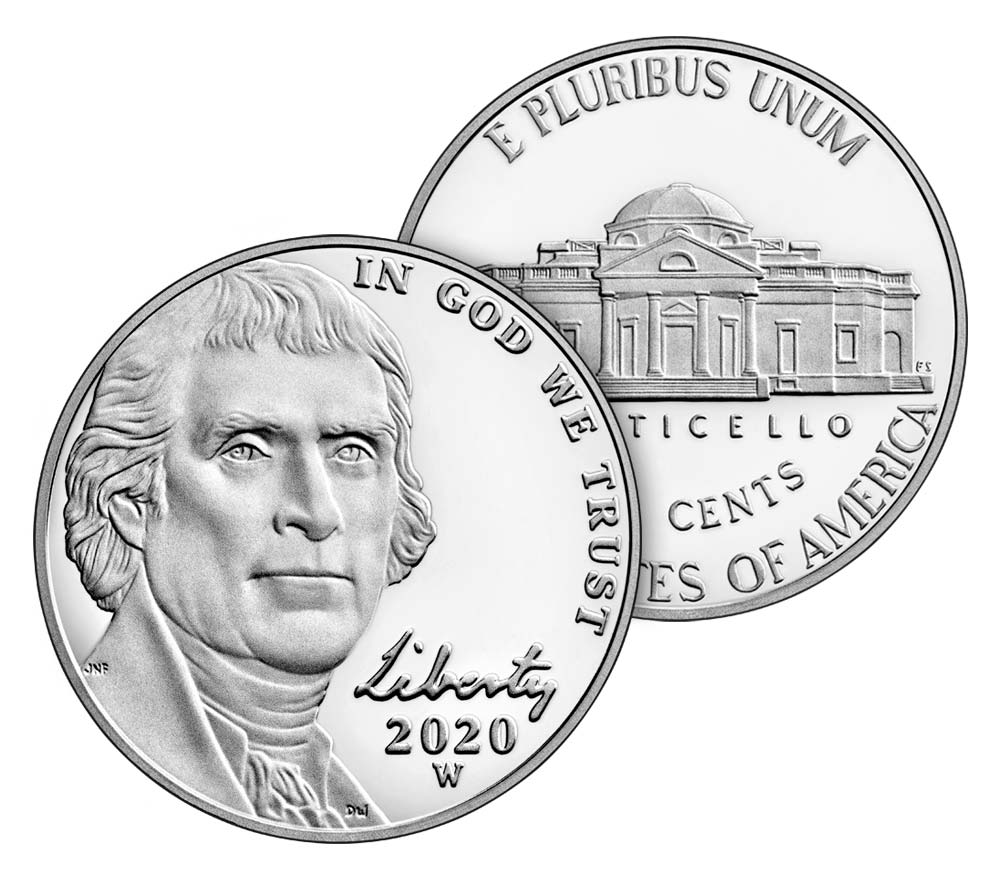 Orders will be accepted online and at 1-800-USA-MINT (872-6468). Hearing- and speech-impaired customers with TTY equipment may order by calling 1-888-321-MINT (6468). Information on shipping options is available at the Mint’s website.

The United States Mint Proof Set can also be purchased through the Product Enrollment Program. Visit the Mint’s website to learn more about this convenient ordering method.

Like many United States Mint products, this set will be available at the Mint’s sales centers in Washington, D.C.; Philadelphia; and Denver. Availability may be limited and subject to change.

Note: To ensure that all members of the public have fair and equal access to United States Mint products, the United States Mint will not accept and will not honor orders placed prior to the official on-sale date and time of February 27, 2020, at noon EST.

Inside the Mint: Privy marks on coins