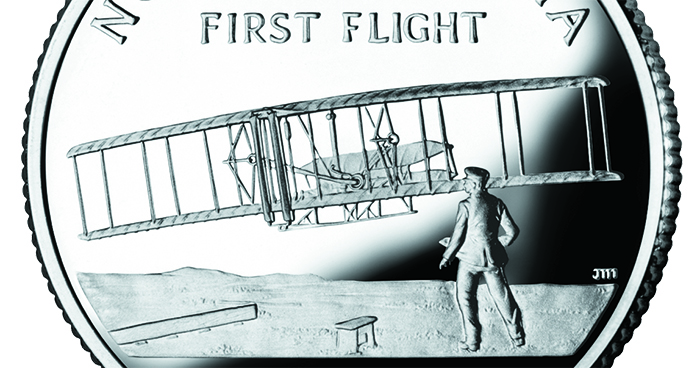 One of many U.S. coins designed by John Mercanti: the 2001 statehood quarter for North Carolina (initials JM at lower right).

(Philadelphia)—The board of directors of Historic RittenhouseTown, located in Fairmount Park, Philadelphia, will award the 2017 David Rittenhouse Award to John Mercanti at its annual gala in May. “The David Rittenhouse Award honors those who demonstrate excellence as it represents one of the many contributions that Rittenhouse made to American History,” said Barbara Rittenhouse, board president. “David Rittenhouse was an amazing man. In his lifetime, he was an astronomer, inventor, mathematician, surveyor, and the successor to Benjamin Franklin as president of the American Philosophical Society. We reserve this prestigious award for those who’ve contributed their talents at the highest level to our nation.”

John Mercanti produced more coin and medal designs than any other employee in the history of the U.S. Mint. He designed the American Eagle platinum obverse and silver reverse; the 50 State Quarters reverses for South Dakota (2006), West Virginia (2005), Iowa (2004), Arkansas (2003), Louisiana (2002), North Carolina (2001), and Pennsylvania (1999), and the following commemoratives:

He is also the designer of the Perth Mint’s successful wedge-tailed eagle bullion series (which are sold directly by the Perth Mint as well as by third-party vendors like APMEX). 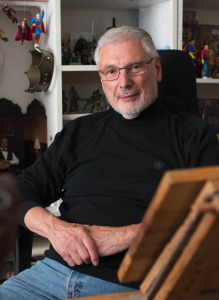 Born in Philadelphia, Mercanti received his artistic training at the Pennsylvania Academy of Fine Arts, the Philadelphia College of Arts, and the Fleisher Art Memorial School.

Previous recipients of the David Rittenhouse Award have included Derrick Pitts, chief astronomer and planetarium director of the Franklin Institute; Keith Thompson, executive officer of the American Philosophical Society; and Owen Gingrich, professor emeritus of astronomy and of the history of science at Harvard University and a senior astronomer emeritus at the Smithsonian Astrophysical Observatory.

The award will be part of a year-long celebration of the 225th anniversary of David Rittenhouse’s being named the first director of the U.S. Mint. (This anniversary, naturally, parallels the Mint’s own 225th anniversary; Historic RittenhouseTown, however, is a separate entity.) It will be presented to Mr. Mercanti on May 17, 2017, for his decades of service and outstanding work as the 12th chief engraver/sculptor of the United States Mint.

This post is based on a Historic RittenhouseTown press release.