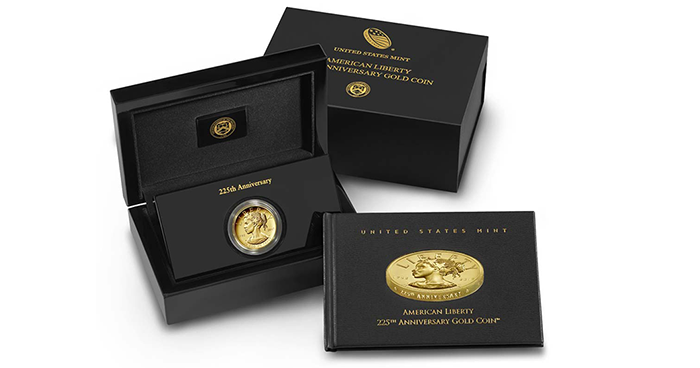 Struck in conjunction with the Mint’s 225th anniversary, this unique coin portrays allegorical Liberty as an African-American woman. The obverse depicts a profile of Liberty wearing a crown of stars, with the inscriptions LIBERTY, 1792, 2017, and IN GOD WE TRUST: 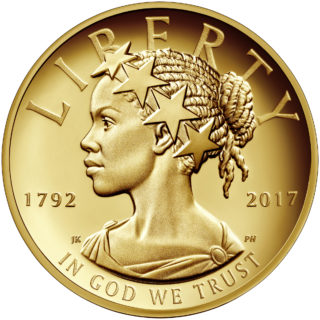 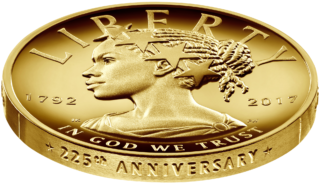 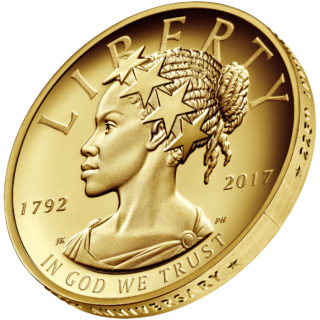 The reverse depicts a bold and powerful eagle in flight, with eyes toward opportunity and a determination to attain it. Inscriptions include UNITED STATES OF AMERICA, E PLURIBUS UNUM, 1OZ .9999 FINE GOLD, and 100 DOLLARS. 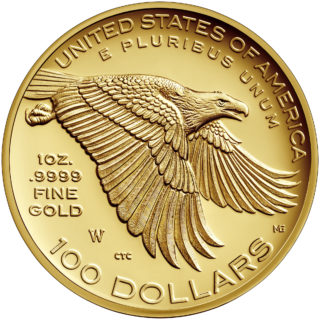 Produced at the West Point Mint, this 1-ounce, .9999 fine, 24-karat gold coin is encapsulated and placed in a custom-designed black wood presentation case. A special 225th-anniversary booklet, which is also the certificate of authenticity, accompanies each coin. 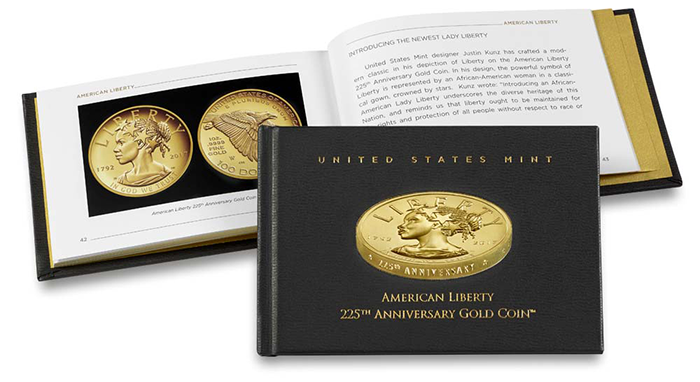 Pricing will be based on the Mint’s pricing schedule for products containing gold. These products are priced according to the range in which they appear on the United States Mint Numismatic Gold, Commemorative Gold, and Platinum Product Pricing Grid. Current pricing information is available at http://catalog.usmint.gov/coins/gold-coins/.

Orders will be accepted at https://catalog.usmint.gov/ and at 1-800-USA-MINT (872-6468). Hearing- and speech-impaired customers with TTY equipment may order at 1-888-321-MINT. Information about shipping options is available at http://www.catalog.usmint.gov/customer-service/shipping.html. A threshold of $24,999 applies to credit-card purchases made on the website.

To maximize availability of this historic coin to the public, the Mint is not imposing a household order limit. The Mint will also accept orders at its sales counters in Washington, D.C.; Philadelphia; and Denver. Sales will be open to all members of the public, including dealers. Mintage is limited to 100,000 units.

The United States Mint was created by Congress in 1792 and became part of the Department of the Treasury in 1873. It is the nation’s sole manufacturer of legal-tender coinage and is responsible for producing circulating coins for the nation to conduct its trade and commerce. The Mint also produces numismatic products, including Proof, Uncirculated, and commemorative coins; Congressional Gold Medals; and silver and gold bullion coins. Its numismatic programs are self-sustaining and operate at no cost to taxpayers. The Mint is celebrating its 225th anniversary in 2017 (#USMint225).   ❑