The Ozark National Scenic Riverways in Missouri inspired several strong designs, but the committee was uniformly enthusiastic about the “turtle” submission, described more than once as a “home run.” Both the sky and the white space surrounding the body of the turtle will look great with a mirror-like Proof finish, and the use of perspective — moving from underwater to the far tree-crowded horizon — will make for a compelling reverse. This image was the committee’s favorite 2017 submission by far. 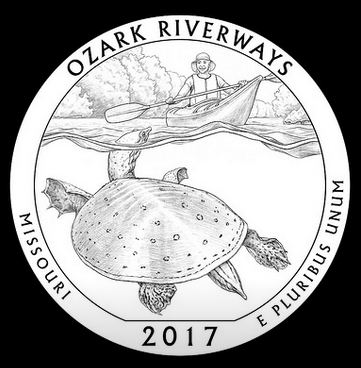 It was harder to pick a winner from among the designs for the Frederick Douglass National Historical Site in Washington, D.C. Representatives of the site preferred a design including an image of Douglass’s home and estate, which constitutes the main draw of the site and serves as an important symbol of all he achieved. CCAC members liked some of those designs, but ultimately felt this design was the most engaging and would translate best to a quarter’s reverse. 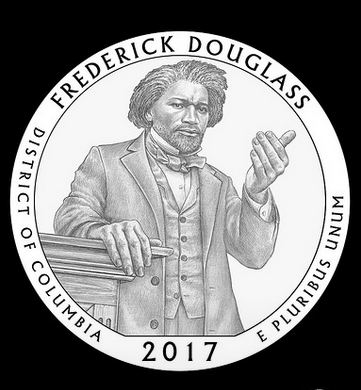 The George Rogers Clark National Historic Park in Indiana inspired debate as well. The following image ultimately won out, despite concerns that the intense detail of the figures is too “busy,” and could muddle the image when shrunk to the size of a quarter. Ultimately, though, the image was seen as the most dynamic and relevant to Clark’s accomplishment of crossing flooded plains to take Fort Sackville during the American Revolution. George Rogers Clark was also the older brother of William Clark, co-commander of the Lewis and Clark Expedition. 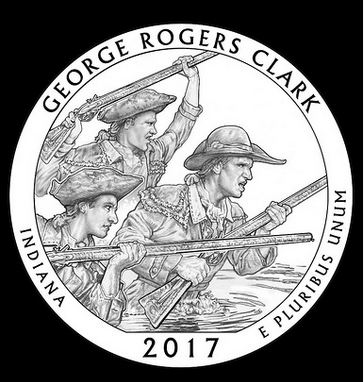 Committee members did not recommend designs for the Ellis Island, New Jersey or Effigy Mounds, Iowa ATB quarters, also due for release in 2017. They found positive things to say about several of the options presented to them, but ultimately chose to request further design submissions, as well as various adjustments to the compositions they reviewed.

You can take a look at all of the designs considered for the 2017 ATB quarters here.