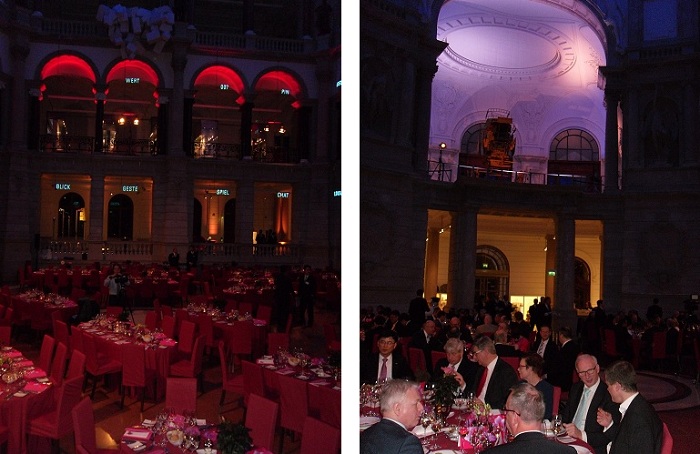 No World Money Fair would be complete without the Gala Dinner, hosted by the event’s Guest Mint. This year, the Korean Mint, or KOMSCO, had the honor of welcoming invited delegates, exhibitors, the numismatic media, and friends of the World Money Fair. Organised by the WMF committee as the final event on the opening day, the gala dinner is eagerly anticipated for its good food, drink, and company, and a great time is usually had by all.

The event was hosted at Berlin’s Communications Museum, an extraordinary building that once served as the capital’s main post office during the era of the Kaiserreich. The building itself was inaugurated by Kaiser Wilhelm I in 1878.

Diners were treated to extraordinary entertainment. Guests were mesmerized by the classical selections played by the Republic of Korea’s National Youth Orchestra, associated with the Euro Asian Philharmonic. The young musicians traveled to Berlin specifically for this performance and their efforts were rewarded with a standing ovation. A traditional Korean singer was also on hand to sing folk songs and show off her colorful traditional dress. 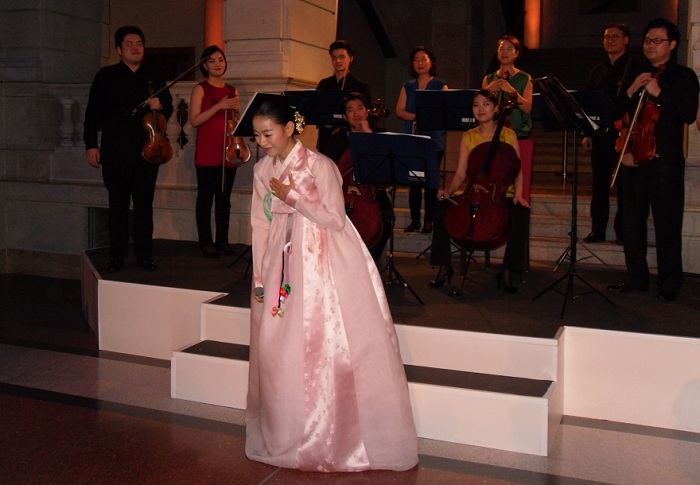 Just before dessert, the committee of the World Money Fair took the opportunity to present this year’s award for outstanding numismatic achievement or contribution. WMF President Hans-Henning Gohrum, along with Honorary Lifetime President Dr. Albert Beck, presented this year’s award to Kirsten Petersen. Peterson has been involved in the numismatic world for over three decades and presently serves as the Austrian Mint’s Chairwoman of the Mint Director’s Conference Marketing Committee. She seemed genuinely surprised and overwhelmed to have been chosen and began her acceptance speech with one word: “Wow!” 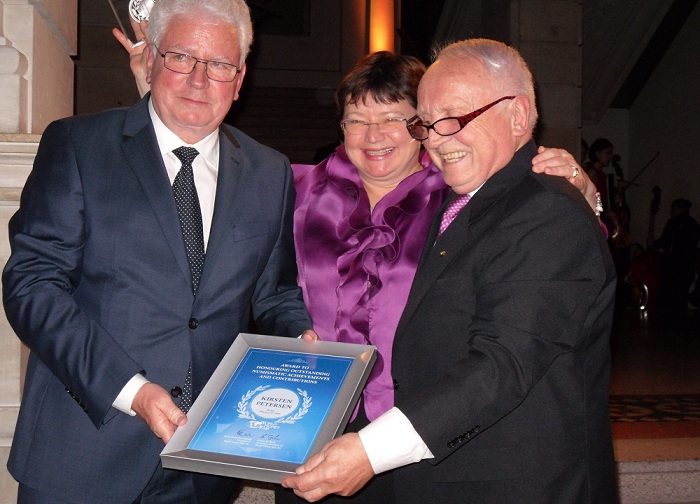 The last task of the evening was to thank the Mint of Korea for their kind hospitality as guest hosts of the fair and to announce who will host next year’s WMF. The host of next year’s World Money Fair has been awarded to the South African Mint, which will also celebrate the 50th anniversary of the world’s favorite gold bullion coin, the Krugerrand, first minted in 1967. South Africa last hosted the World Money Fair in 2010 and did an excellent job, so guests are in for a special treat in 2017.

The World Money Fair has announced that dates for the 2017 show will be February 3-5. For more information on attending or exhibiting at the show, please visit their Web site.