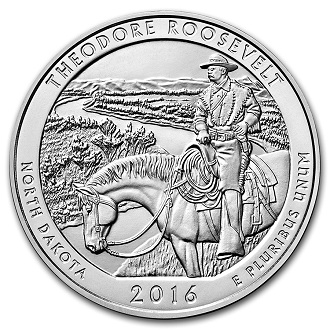 Each ATB 5 oz. bullion coin measures three inches in diameter and 4.064 mm thick, and is composed of .999 silver. They are minted in Philadelphia but do not carry a “P” mint mark, unlike the Uncirculated issue, which is scheduled to go sale at the Mint some time in October.

These issues have an overall mintage limit of 150,000 pieces applied across all bullion and Uncirculated strikes. The Mint has yet to share a release date or mintage limit for the upcoming Uncirculated version of the coin, but this year’s previous Uncirculated releases have been capped at 30,000 units, allowing for up to 120,000 bullion strikes.

2016’s overall total for America the Beautiful 5 oz. silver bullion coins now sits at 243,600 pieces, which is the second-highest quantity realized since the ATB series was launched in 2010.