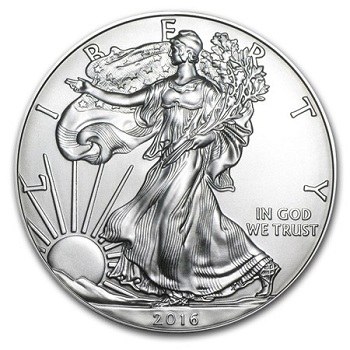 Today, June 6, sales of 2016 American Eagle silver bullion coins surpassed 51% of last year’s record-high 47 million ounces sold. This puts the issues well on the way to a new all-time record with nearly seven months of the year left to go.

The U.S. Mint’s authorized purchasers (AP’s) bought 649,500 Silver Eagles today, bringing the 2016 total to 24,133,500 ounces. As noted previously, Silver Eagle sales were slower than usual last week, and today’s figure nearly matched the total posted for all of May 31-June 3.

The Mint has yet to announce a release date for the 2016 American Eagle Silver Proof and Uncirculated Coins, which will feature a smooth rather than reeded edge as part of a unique 30-anniversary design.

The U.S. Mint sells its bullion issues to a network of authorized buyers, who then make the coins available to the public. For more information on the Mint’s silver bullion program, please visit its Web site.