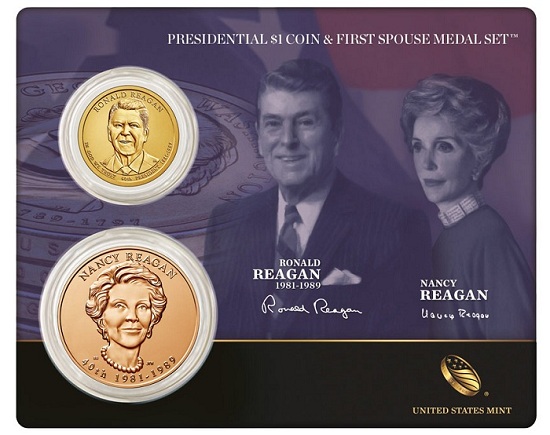 The 2016 Ronald Reagan Presidential $1 Coin and First Spouse Medal Set had a strong debut last week, according the U.S. Mint’s latest sales report. The set moved 5,910 units between Tuesday and Sunday of last week, giving it the most successful launch for a Presidential dollar and First Spouse Medal Set since the Kennedy issue was launched a year ago. With the exception of the Kennedy set, the Reagan set had the best opening since Coin Update began publishing sales reports in 2010.

The set, which includes a Ronald Reagan Presidential dollar and a bronze replica of the Nancy Reagan First Spouse gold coins, is the 39th and final issue in this series, which began in 2007.