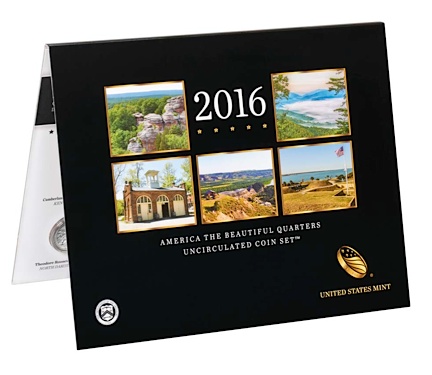 The U.S. Mint is now taking orders for the 2016 America the Beautiful Quarters Uncirculated Coin Set, which includes ten coins in all and is available for $12.95. Each of this year’s five quarter designs are represented in the set by strikes from both the Philadelphia and Denver Mints; the coins come housed in a protective folder with a certificate of authenticity. 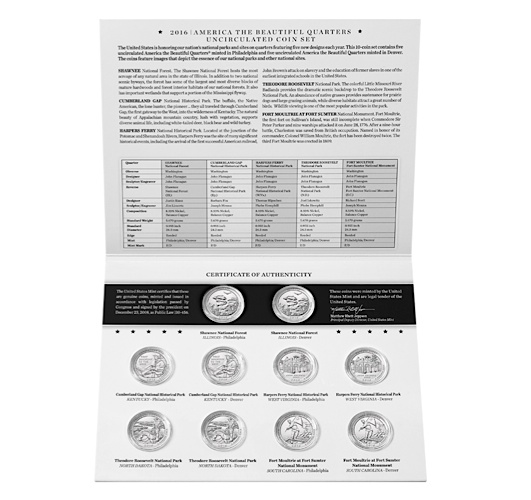 This is the third set of America the Beautiful quarters released this year. The 2016 ATB Proof Set was released on January 11, then re-released on February 23 following the correction of an error on the item’s packaging. The 2016 ATB Silver Proof Set followed soon after, making its debut on March 7. There are no listed restrictions on production or sales for these items.