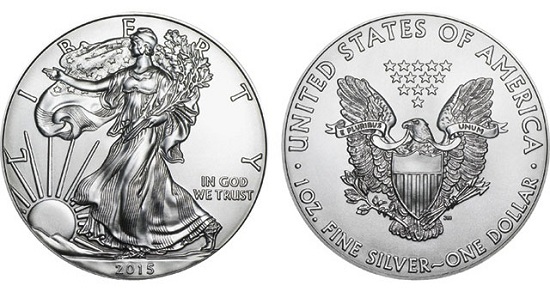 The Mint has stated that it will wrap up production of the 2015 Silver Eagles by the end of this week, making next week’s batch the final ASE bullion issues of 2015. Some distributors are currently accepting pre-orders for 2016 American Eagle Silver bullion coins, but the Mint will not begin officially taking orders for the issues until January 11.

American Eagle one-ounce silver bullion coins carry a denomination of one dollar; however, the value of investor coins is tied to their weight in silver, which is currently $14.49 per ounce according to the London Bullion Market Association. In figuring retail prices for the public, authorized dealers add to the Mint’s base price to cover their own expenses and profit targets, often incentivizing bulk purchases by charging less for coins ordered in large quantities.