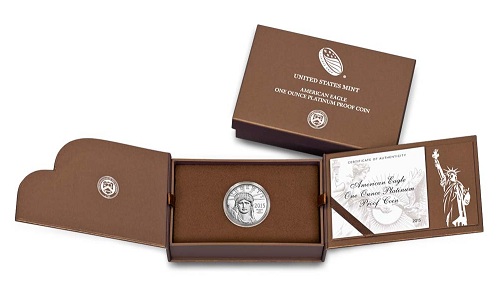 Last week, the Mint made a surprise announcement the day before Thanksgiving: the 2015 American Eagle One Ounce Platinum Proof Coin would be released days later, despite the Mint’s reported problems procuring the platinum planchets necessary to move forward with the issue. In part because of this planchet shortage, the coin was given the low mintage limit of 4,000 pieces; when it was released today at noon, it wasn’t long before collectors exhausted the available inventory.

The 2015 Platinum Proof Coin went into “Currently Unavailable” status on the Mint’s Web site less than 10 minutes after it became available, with some commenters claiming it was closer to 5 or 6 minutes. Not bad for a coin priced at $1,200, with a sales restriction of 1 per household. 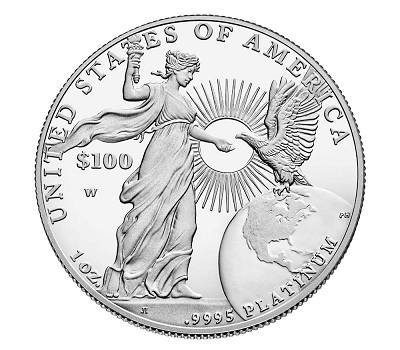 The 2015 American Eagle Platinum Proof Coin is composed of one ounce of 99.95% platinum. Its reverse design was created by Joel Iskowitz and depicts Liberty approaching a bald eagle to illustrate the idea expressed by the design’s title, “Liberty Nurtures Freedom.” Phebe Hemphill sculpted the reverse design. Inscribed on this side is UNITED STATES OF AMERICA, 1 oz. .9995 PLATINUM, the West Point Mint’s “W” mint mark, and the coin’s $100 denomination. 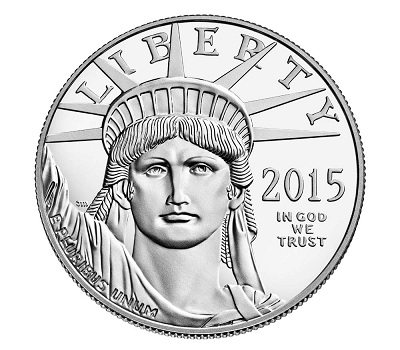 The coin’s  obverse features John Mercanti’s rendering of Liberty, first introduced on Platinum Eagles in 1997. Inscribed around the image is LIBERTY, E PLURIBUS UNUM, IN GOD WE TRUST, and 2015.

The Mint’s designation of “Unavailable” is not the same as a sellout. It means the Mint will take stock of remaining inventory, field returns, and possibly release some small batches of the coin in the near future. When that process has concluded, the item will be declared “Sold Out.”

2015 and 2016 Platinum Eagle Proof reverses have been given the theme of “Torches of Freedom,” and will each feature a depiction of Liberty carrying a torch. The 2015 coin’s presentation case will allow the 2015 and 2016 issues to be displayed together as a two-part series.