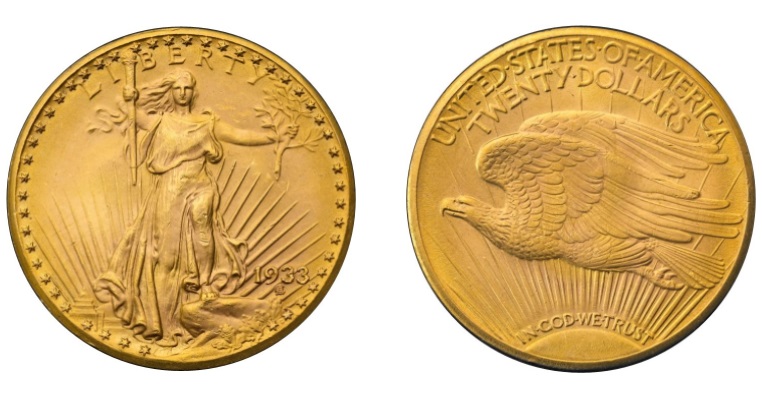 As expected, the great rarity sold for an epic price — a thrilling result for the coin market and the world of collectibles.

Sotheby’s has sold the only 1933 Double Eagle that can be legally owned for an astounding $18.87 million. The price easily beat its pre-auction estimate of $10 million to $15 million, once again resoundingly affirming the rising values for coins and collectibles.

Only 14 examples are known to exist of the last of the Saint-Gaudens Double Eagles. Of these, two are in the Smithsonian Institution’s National Numismatic Collection and 11 more are owned by the U.S. Mint. Numismatic Guaranty Corporation (NGC) is honored to have certified 10 of these great rarities.

Minted during the economic chaos of the Great Depression, nearly half a million 1933 Double Eagles were struck. But almost all of them were melted after President Franklin D. Roosevelt issued a recall of gold coins the same year. The example sold by Sotheby’s had previously been sold legally to King Farouk of Egypt in 1944 and was acquired by Stuart Weitzman for $7.59 million in 2002.

To learn more about the history of the 1933 Double Eagles and see a video of NGC Chairman and Grading Finalizer Mark Salzberg examining this coin, click here.

Held on June 8, 2021, the Sotheby’s “Three Treasures” sale featured two other great rarities from the collectibles world that were also owned by Weitzman, a famous fashion designer. In all, the Double Eagle and two postage stamp rarities realized more than $32 million.

The two philatelic rarities in the sale were: