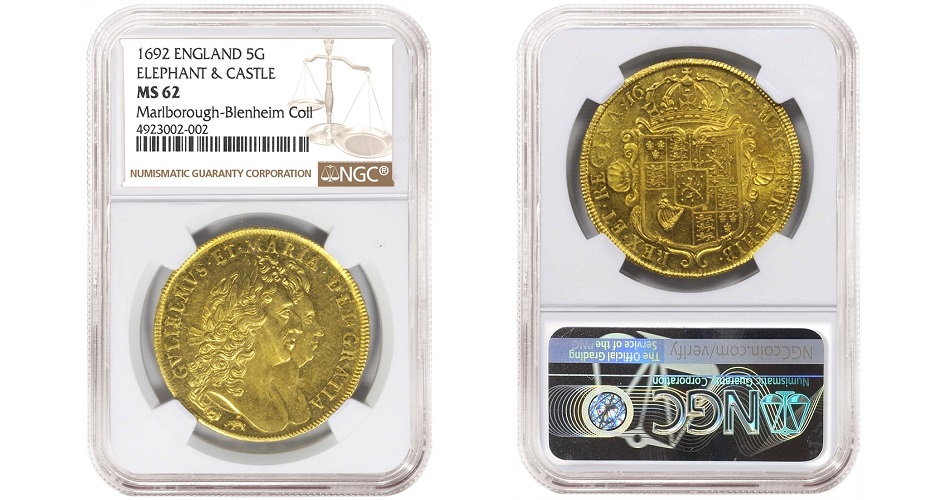 The historic coin was the top lot in the Stack’s Bowers auctions.

An amazing gold coin that is more than 300 years old and certified by Numismatic Guaranty Corporation (NGC) realized $374,400 at auctions of world and ancient coins presented by Stack’s Bowers Galleries on January 17 and 18, 2020, in New York.

The England 1692 Elephant & Castle five-guineas graded NGC MS-62 had a pre-sale estimate of $150,000 to $200,000. It features overlapping busts of William and Mary and has a small elephant and castle mark to indicate its gold was mined in western Africa. Its provenance includes the Marlborough-Blenheim Collection.

A somewhat more recent Great Britain coin, an 1826 five-sovereigns graded NGC PF-62 Ultra Cameo, realized $86,400. It was from the Marlborough-Blenheim Collection, too.

All prices realized include a 20% buyer’s premium and are stated in U.S. Dollars.